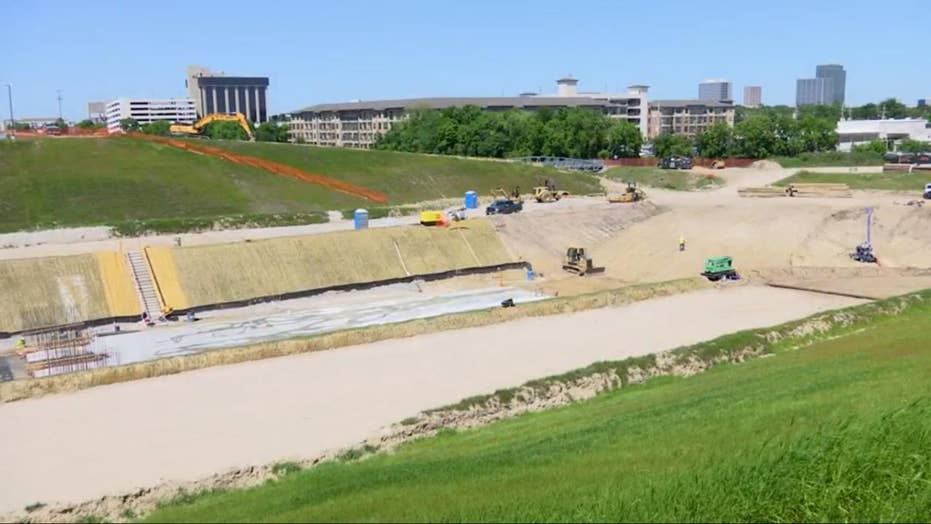 Houston not ready for another Hurricane Harvey

HOUSTON – All over Houston, homes are being repaired, remodeled and rebuilt in the wake of Hurricane Harvey's devastation last year. But, now more hurricanes loom on the horizon.

Grant Harpold says he’s been working on his house since it was inundated with nearly two feet of water from Hurricane Harvey late last August.

“You can see what’s left of the water outlying from Harvey on the front door” he said, pointing to the door.

He and his family are now considering tearing down the home and rebuilding.

“Maybe it’s time to move on to something bigger and newer or higher and newer,” he told Fox News.

With hurricane season two months away, Harpold isn’t the only one thinking ahead. There are several flood mitigation projects throughout the region in progress at dams, bayous, and reservoirs.

The U.S. Army Corps of Engineers, for example, has been working on a $75 million safety construction project at two of the region’s dams since 2016.

“We’re in the process of replacing the outlet structures on the Addicks and Barker Dams, “ said Col. Lars Zetterstrom.

According to USACE’s website, the goal is to eventually “reduce flows to minimize impact to houses on the lower end of the reservoirs.”

The Harris County Flood Control District has several active flood mitigation projects, including this one at Brays Bayou. (Fox News)

In addition, as of April, the Harris County Flood Control District has 39 active construction projects. Some of these projects include widening and deepening bayous, excavating stormwater detention basins, and replacing and modifying bridges.

The projects were already underway before Harvey. However, there are other projects that are in the beginning phases of study or design, including $84 million in Harvey-related repairs. The county has asked their consultants to take a second look at some of those.

Hurricane Harvey dropped more than 50 inches of rain in some areas of Texas. (Fox News)

“We’ve asked our consultants to say what would happen, how would this project perform if we had a rainfall similar to Harvey?” said Matt Zeve, director of operations at the HCFCD.

It’s a tough question because they acknowledge the county has never seen a storm like Harvey. In some parts of the region, it dropped more than 50 inches of rain.

HCFCD says the best course of action is to simply stay the course: complete existing projects and secure federal funding for future ones.

“White Oak, Hunting, Brays, and Clear Creek are the four projects that we have approved, shovel not just in the ground. But, a cloud of dirt on it, just waiting for funding,” said Harris County Commissioner Jack Cagle.

For businesses and homeowners, like Harpold, preparation means rebuilding—but at higher elevations.

“We’d like to trust that what we’re rebuilding, which will be higher, at least five feet higher than the current structure is good enough,” said Harpold.