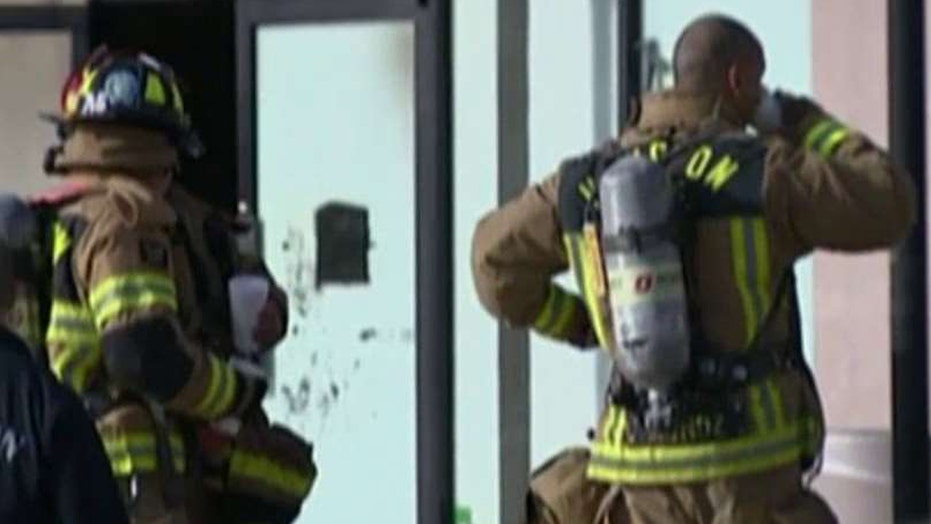 Investigators not ruling out arson in Houston mosque fire

A two-alarm fire that stared inside a Houston mosque on Friday is considered to be suspicious, according to officials as they try to find out what started the blaze.

The fire started at 2:45 p.m. local time and even though firefighters arrived quickly on the scene there was already an inferno inside the Masjid mosque, according to Fox 26 Houston. About 80 firefighters battled the blaze.

“The fire stops helped contain the fire and keep it from spreading but also the firefighters did a good job,” Deputy Chief Fernando Herrera told the Fox affiliate.

An ATF spokesman confirmed to KHOU the fire is considered to be suspicious because it apparently had multiple points of origin. Authorities are turning to surveillance cameras around the center to see if they can find a potential suspect.

The amount of damage done to the mosque is unclear, but heavy smoke from the blaze caused damage to other businesses in the shopping center, according to KHOU.

One worker told Fox 26 Houston that mechanically, everything checked out. However, worshippers told the station they were unconvinced that foul play was involved.

“Come on. We could make speculation out of this,” said Sikindar Khan. “Stuff happens all the time. I doubt it, I doubt it.”

“I know it was a short circuit. Accident. Nothing more,” Dr. Muhammad Yousef added.

Prayer services Friday were moved to a banquet hall near the mosque.