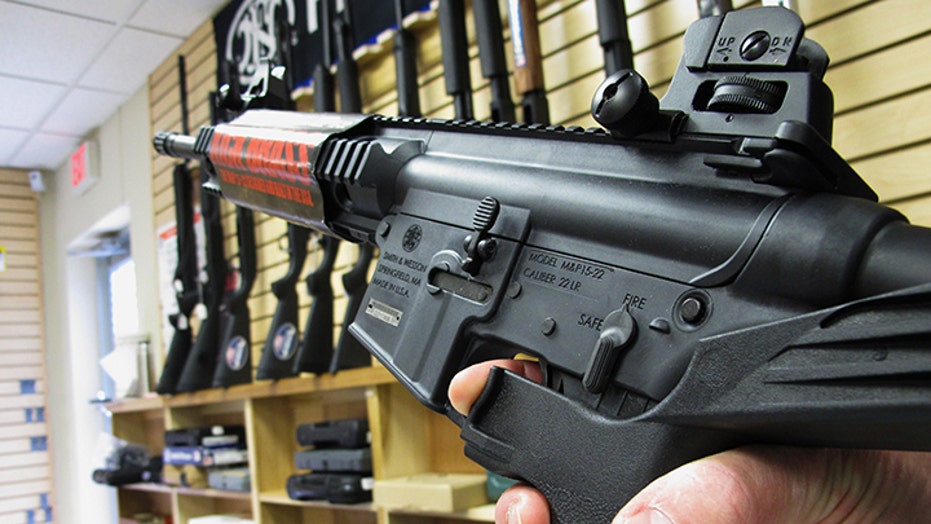 A Houston man was indicted Wednesday on federal charges of possessing a rifle with a bump stock attached to it, in what is believed to be the first such case since the Trump administration banned the device earlier this year.

Prosecutors said Ajay Dhingra, 43, is charged with possessing a machine gun, two counts of making false statements to acquire a firearm and possessing a firearm after having been judged a mental defective or being committed to a mental institution. Authorities were tipped off about Dhingra last month when he called the George W. Bush Foundation and left a "concerning message."

The Associated Press, citing court records, reported that Dhingra also sent an email to the foundation asking the former president to "send one of your boys to come and murder me."

Officers then obtained a search warrant for Dhingra's home where they found 277 rounds of 9 mm ammunition, a Colt rifle with a bump stock attached, and a Glock pistol. Dhingra told Secret Service agents who showed up at his house that he had been diagnosed with schizophrenia.

If convicted of any of the charges, Dhingra could face 10 years in federal prison and a $250,000 fine.

The nationwide bump stock ban took effect in March of this year, under the same federal law that prohibits possessing machine guns. The devices became a focal point of the national gun control debate after the 2017 Las Vegas mass shooting, in which a gunman opened fire on a music festival, killing 58 people and wounding hundreds more.

Investigators found that the gunman used a bump stock to fire 1,100 rounds of ammunition from the 32nd-floor suite of his hotel.

Dhingra is scheduled to appear in court Sept. 12.