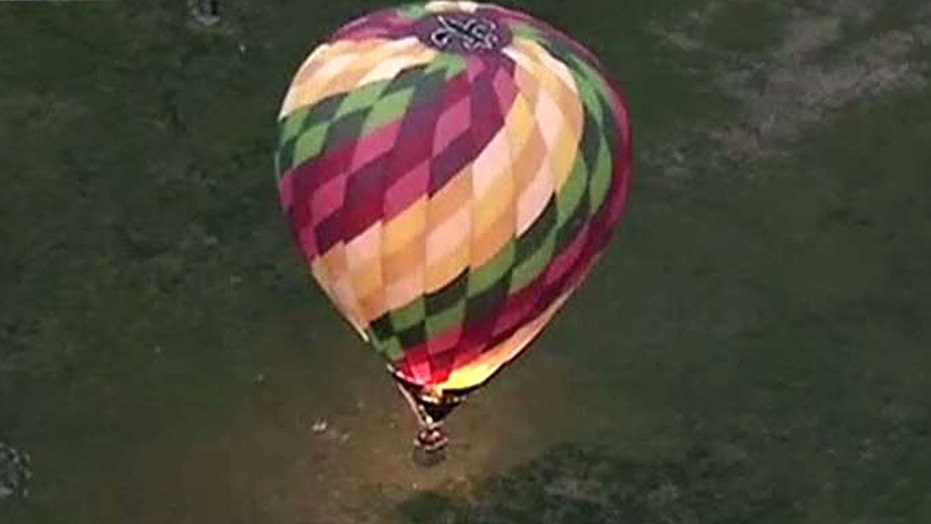 PHILADELPHIA – A hot air balloon carrying four people has made an emergency landing on a baseball field in Philadelphia, but no one has been injured.

The balloon set down on the field in the Kensington section of the city Wednesday afternoon. It had originated in Glenmoore, about 40 miles outside of Philadelphia.

Philly.com reports the pilot told police that crew members were performing a fuel consumption test when they encountered heavy winds. Police say the pilot saw the baseball field as a safe place to land.

The owner of Air Ventures Hot Air Balloon Flights, Inc. tells the newspaper it was a "routine crew training flight." Deb Harding says the balloon is owned by the pilot. Though the pilot flies for her company, she says "it was an independent flight."