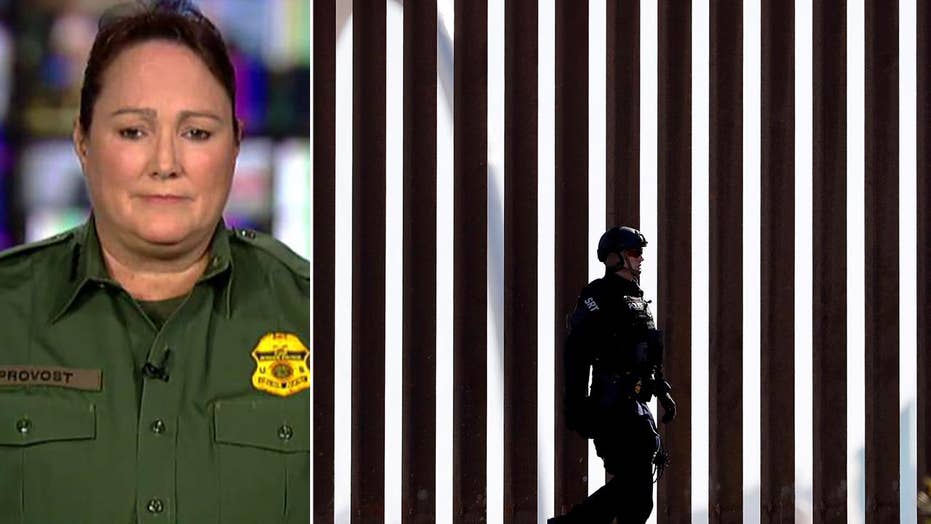 Carla Provost tells 'Fox &amp; Friends' that her agents were being assaulted with rocks and bottles in California.

Dozens of migrants who illegally crossed the U.S. border this weekend as part of a chaotic rush at one of the boundary's busiest entry points are now in custody, the
U.S. Customs and Border Protection commissioner says.

Kevin K. McAleenan announced in a conference call with reporters Monday that at least 69 people have been detained after they crossed the border near San Ysidro, Calif., on Sunday. McAleenan added that he is not aware of any that managed to cross and evade capture by U.S. authorities.

In Mexico, Tijuana’s municipal government also announced it arrested more than three-dozen migrants for disturbing the peace and other charges related to the crossing attempt. Thousands of migrants have been gathering there after traveling throughout Mexico in a series of caravans that originated from Central America -- and presumably are amongst those who were arrested on both sides of the border.

During the mad dash, U.S. border agents shot several rounds of tear gas after some migrants attempted to penetrate various points along the border. McAleenan said Monday that four agents were hit by rocks thrown by the unruly group.

Homeland Security Secretary Kirstjen Nielsen said in a statement some migrants "attempted to breach legacy fence infrastructure along the border and sought to harm CBP personnel by throwing projectiles at them.

As I have continually stated, DHS will not tolerate this type of lawlessness and will not hesitate to shut down ports of entry for security and public safety reasons," Nielsen said. "We will also seek to prosecute to the fullest extent of the law anyone who destroys federal property, endangers our frontline operators, or violates our nation’s sovereignty."

Migrants cross the river at the Mexico-U.S. border after pushing past a line of Mexican police at the Chaparral crossing in Tijuana, Mexico, on Sunday. (AP)

The Mexican Interior Ministry also said Sunday it would immediately deport the migrants who tried to "violently" breach the border. The Mexican government described Sunday's events as "acts of provocation" that were "far from helpful" for the migrants' objectives.

The situation devolved after the group began a peaceful march to appeal to the U.S. to speed the processing of asylum claims for Central American migrants marooned in Tijuana.

Mexican police had kept them from walking over a bridge leading to the Mexican port of entry, but the migrants pushed past officers to walk across the Tijuana River below the bridge. More police carrying plastic riot shields were on the other side, but migrants walked along the river to an area where only an earthen levee and concertina wire separated them from U.S. Border Patrol agents.

Some saw an opportunity to breach the crossing. The actions forced U.S. Customs and Border Protection to suspend northbound and southbound crossings for both pedestrians and vehicles at the San Ysidro port of entry at approximately 11:30 a.m. local time. It later tweeted that the pedestrian crossings had re-opened, a little more than four hours after the initial closure. The vehicle lanes re-opened at approximately 5 p.m. local time, five-and-a-half hours after they were closed.

The Trump administration has said asylum claims from members of a series of caravans originating in Central America must be processed outside the U.S., and that all those entering illegally will be denied. A federal judge has at least temporarily ruled against the policy, but the administration has taken steps to harden the border.

Fox News’ Griff Jenkins, Greg Wilson, Gregg Re and The Associated Press contributed to this report.