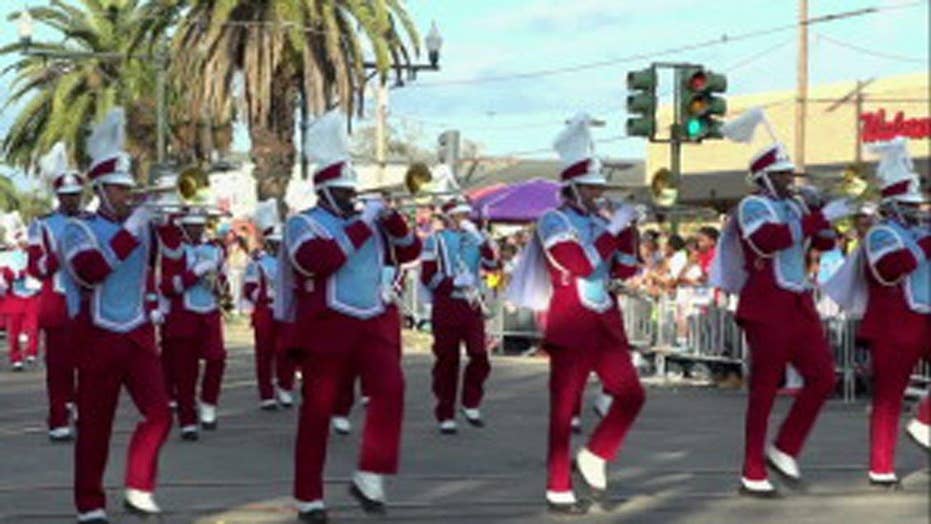 With two days left in its fundraising campaign, Talladega College’s marching band received more than three times what it needs to get to Washington, D.C., for President-elect Donald Trump’s inauguration celebrations next week.

The historically black college in Alabama needed to raise $75,000 for travel, lodging and other expenses. Through a GoFundMe page, more than 7,600 people have donated $420,000 and counting in just 13 days.

The donations starting flowing soon after Talladega College President Billy Hawkins appeared on "The O’Reilly Factor" on Fox News on Thursday. Before the appearance, the band had raised only $57,000.

Talladega College, which traces its beginnings to 1865, when two former slaves set up a school for the children of their community, announced earlier this month it had accepted the invitation from the Presidential Inauguration Committee.

WHY THE BUZZFEED DEBACLE DAMAGED JOURNALISM AND HANDED TRUMP A GIFT

At the time, Hawkins called it a learning experience for his students outside of the classroom.

“As many of those who chose to participate in the parade have said, we feel the inauguration of a new president is not a political event but a civil ceremony celebrating the transfer of power," he said in a statement.

On Thursday, Hawkins said he has received a lot of pressure from alumni, who said he had “shamed the college” and that he is “a disgrace” to African-Americans.

“It’s been pretty nasty,” he added.

But in the face of the barrage of criticism, Hawkins stood firm in his decision.

“It’s about the students to have an opportunity to participate in this national stage, in this inaugural ceremony,” he told host Bill O’Reilly. “It’s a civics ceremony. It’s not about politics.”