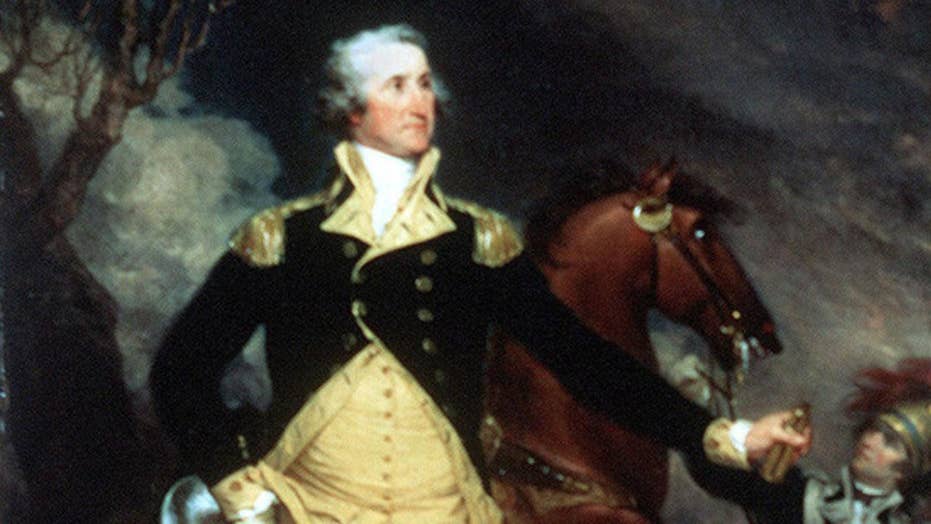 ALEXANDRIA, Va. – A historic Episcopal church in northern Virginia has decided to relocate two plaques in its sanctuary that honor George Washington and Confederate Gen. Robert E. Lee, who worshipped there.

Leaders of Christ Church in Alexandria sent a letter to congregation members last week explaining the decision, and announcements were made during Sunday services.

"The plaques in our sanctuary make some in our presence feel unsafe or unwelcome. Some visitors and guests who worship with us choose not to return because they receive an unintended message from the prominent presence of the plaques," the letter to church members said.

The memorials, which were erected in 1870, two months after Lee's death, are currently affixed to the wall on either side of the altar. Church leaders will create a committee of parishioners to explore options for displaying the plaques "prominently and with appropriate historical context on our campus," the letter says.

The Rev. Noelle York-Simmons, rector of the church, told The Associated Press Sunday that conversations had been going on about the plaques for at least a few years. But after white nationalists descended on Charlottesville, it was clear the church "needed to address it more quickly and in a more thorough, parish-involved way," she said.

Charlottesville, around 100 miles (160 kilometers) from Alexandria, became a rallying point for white nationalists after the city council voted to remove a statue of Lee. The largest gathering, in August, erupted into violence, with attendees and counter-demonstrators brawling in the streets. A woman protesting the white nationalists was killed when a car drove into a crowd.

The events of that day ignited a national debate over symbols of the Confederacy and the legacy of slavery.

The church's letter includes a nod to that discussion, saying, "Today our country is trying once again to come to grips with the history of slavery and the subsequent disenfranchisement of people of color."

President Donald Trump weighed in on the matter shortly after the Charlottesville rally, questioning whether removing public tributes to Confederate figures would result in similar treatment for memorials of other founding fathers.

"So, this week it's Robert E. Lee," he said. "I wonder, is it George Washington next week, and is it Thomas Jefferson the week after?"

Most of the congregation has been supportive of the decision to relocate the plaques, York-Simmons said. But plenty of critics have also weighed in since the news was first reported by The Republican Standard . Commenters opposing the decision have flooded the church's Facebook page or taken their criticism to Twitter. York-Simmons said she's received many hundreds of emails.

She also said the news was greeted by applause during Sunday's services.