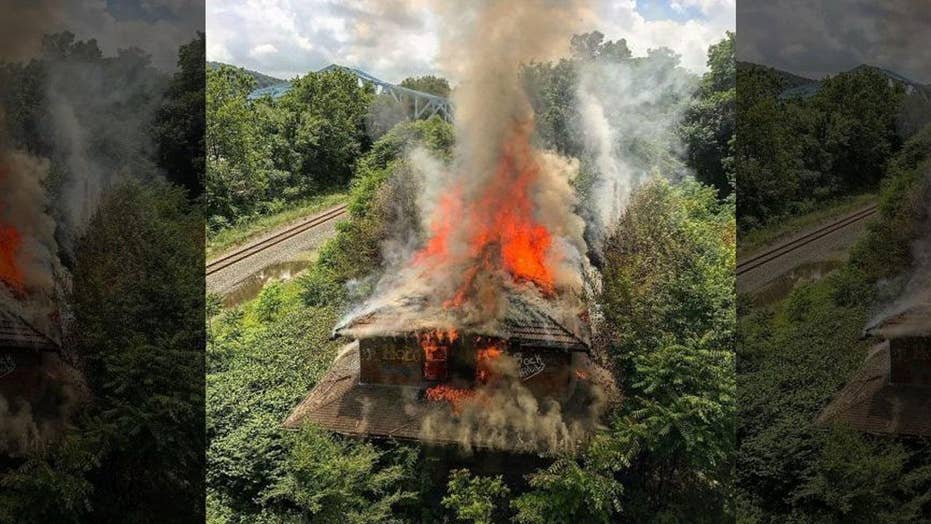 The century-old train station in Beaver Falls, Pa. had often been used by students at the nearby Geneva College and stopped servicing riders in 1986.

The vacant building had no electrical utilities, which Beaver Falls Fire Chief Mark Stowe says leads him to believe someone had to have initiated the fire.

"There was fire throughout the entire building…and it was starting to go through the roof,” Stowe said.

There was little evidence left in the extensive damage to the building, Stowe told Fox News.

"We just can’t get in to do any further investigation,” he said.

Police are now looking for potential witnesses as a last resort for finding a suspect.