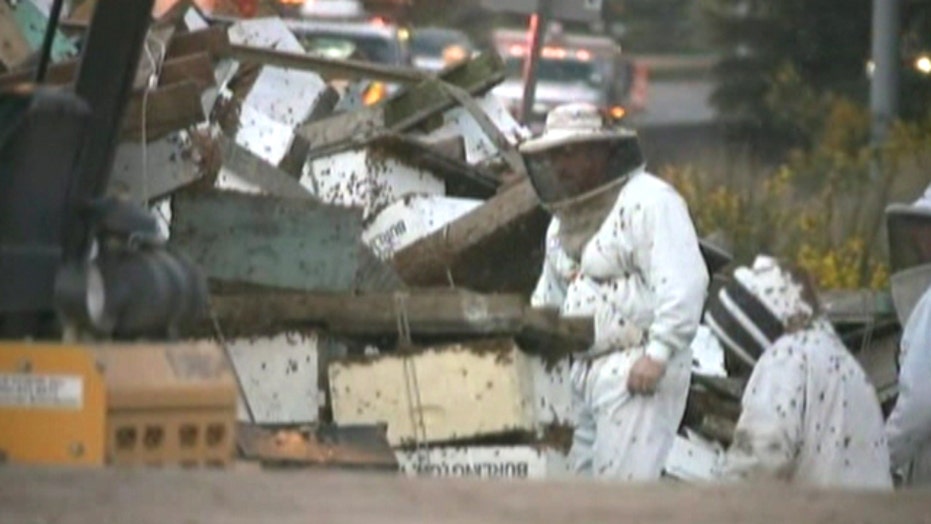 Raw video: Workers attempt to round up honeybees after truck carrying bee crates crashes in Washington

LYNNWOOD, Wash – A semitruck carrying honeybees scattered hundreds of hives when it overturned on a highway north of Seattle.

Washington State Patrol Trooper Travis Shearer says the truck had just merged onto Interstate 5 around 3:30 a.m. Friday when it tipped on its side, dumping its load of 448 hives.

The company that owns the insects sent beekeepers to recover as many as possible. But the bees became more active as the sun rose and the weather warmed, and Seattle television stations reported that firefighters sprayed a layer of foam on some of the boxes, killing the bees for safety.

Shearer says he heard that some of the firefighters had been stung. He urged drivers in the area to keep their windows up.

The insects covered beekeepers' protective suits as they worked.