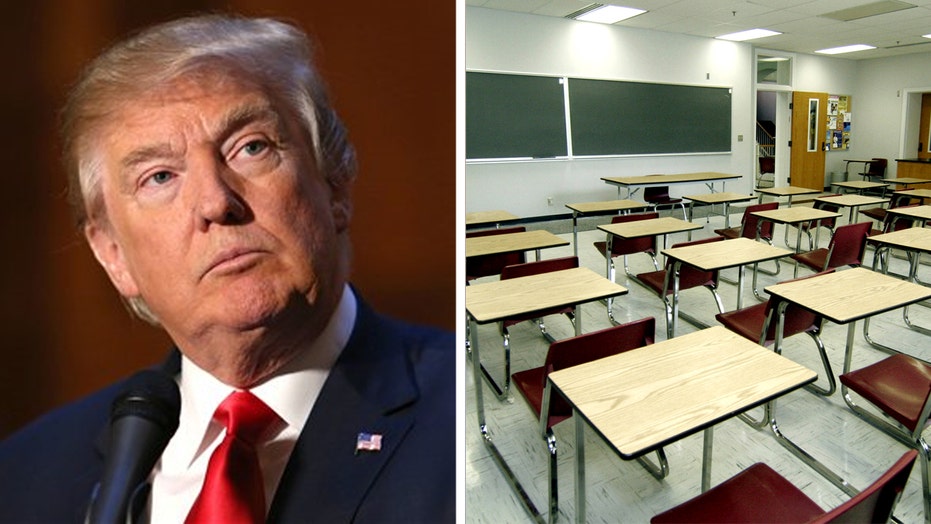 A skit performed in a south Texas high school English class that portrayed the assassination of Donald Trump is just one of the latest cases of K-12 election hysteria.

Officials at San Antonio’s Marshall High School claim they took "appropriate action" following the skit, in which a student dressed as Trump was shot by a classmate, complete with gunfire sound effects from a cellphone. But some parents say harsher punishment was warranted, and critics worry that political polarization has found its way into schools.

“Honestly I have run out of words to describe how angry I am and how shocked I am that they’re still in school today,” parent Melinda Bean told the San Antonio Express-News.

The misguided skit was just one in a slew of controversial acts happening across the country in the wake of Trump’s win over Democrat Hillary Clinton on Election Day.

Most media coverage following Trump’s victory has focused on sometimes violent protests in cities around the country, but it is now clear the election's reverberations are being felt all the way down to elementary schools.

Experts in child development and psychology say that this type of bullying has occurred in the past, this year it has taken on a more ominous tone and been seen a greater scale given how divisive the presidential campaign season was.

“This election was unusually nasty,” Judith Myers-Walls, a professor emerita of human development and family studies at Purdue University told FoxNews.com. “It was in many ways at a child’s level with the candidates at times acting like they were in pre-school.”

Myers-Walls said that with the pervasive media coverage and constant presence of the candidates on television, the Internet and social media, it is no wonder that young students picked up slogans – “Build the Wall” and “Lock Her Up” are just two examples – without even truly grasping what they mean.

It’s important, Myers-Walls said, that both parents and educators talk to students when they see them expressing these types of behavior and it’s even more important to know when to introduce them to what’s going on in regards to politics.

“You need to get a sense of where they are and what they feel about certain issues,” she said. “A lot of times children have some ideas that adults wouldn’t even think about.”