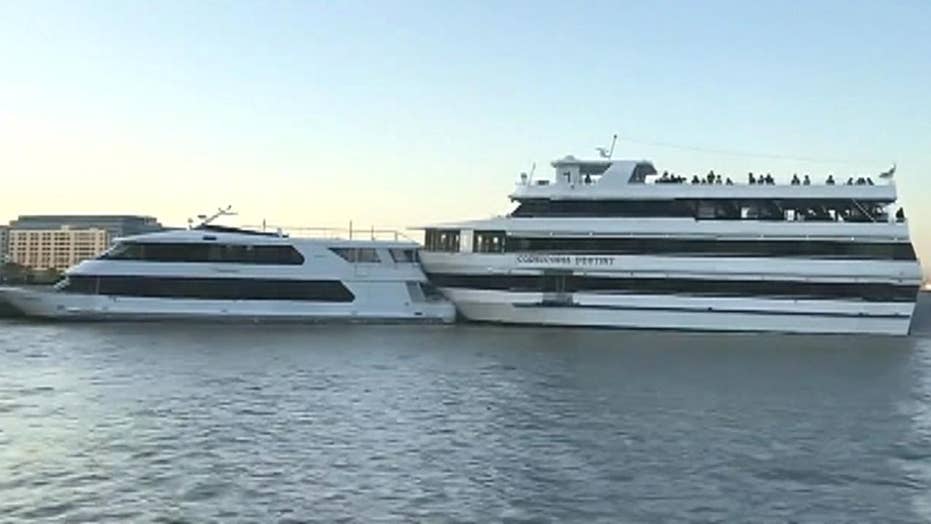 No one was injured and the school will try to hold another prom.

A high school senior prom came to a crashing halt Thursday night, after their yacht crashed into another boat docked at Hoboken, New Jersey.

Video of the incident immediately went viral after the captain on the Cornucopia Destiny – where Weehaken High School students were celebrating prom – could be heard yelling “I have no control!” moments before crashing into the smaller yacht, Sundancer, which was wedged into the pier taking a light post with it.

New Jersey police say no injuries were reported on either boat, and it was unclear if anyone was aboard the smaller boat at the time of the crash.

The unexpected collision, however, forced 95 passengers and 11 faculty members to evacuate their prom’s venue – a night they are sure to remember.

The students were then bused to an Elks Lodge where paramedics checked for injuries before they continued the prom celebration until midnight.

The district’s superintendent says they will host another prom before graduation, set for June 22.

Both boats were damaged in the collision, including broken windows, and the dock needs repairs.

Police are looking into the cause of the crash.