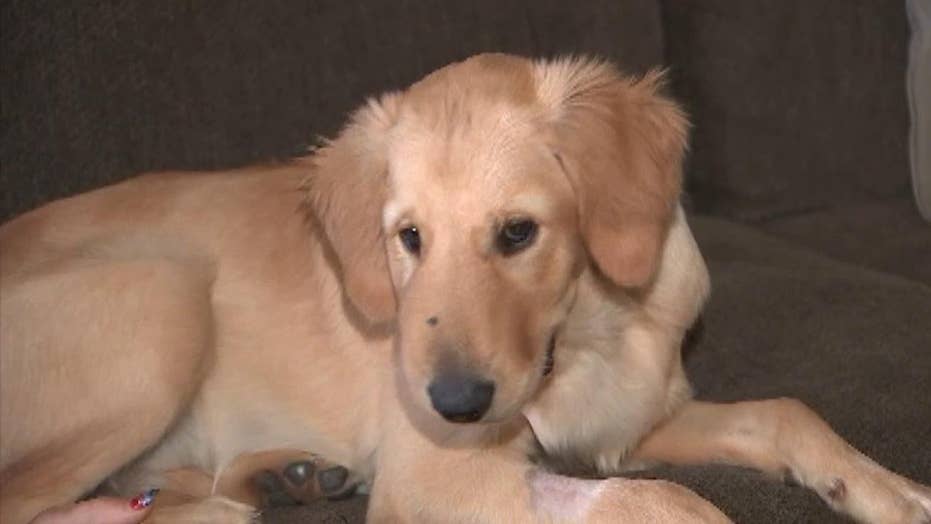 An Arizona woman was saved from a rattlesnake bite on Friday — when her puppy jumped to the rescue.

Paula Godwin wrote on Facebook that she was up early to venture out on a hike near Seventh Street in Anthem — north of Phoenix — when she almost stepped on the reptile.

Todd, her "hero of a puppy," courageously jumped in front of its owner's leg where she "surely would have got bit." As a result, the snake bit the dog right on the face.

"This is what a hero looks like," Godwin wrote alongside photos of Todd, showing the dog's swollen face.

The pup was taken to Animal Hospital at Anthem for treatment, AZFamily.com reported.

Godwin wrote in a follow-up post that Todd is "doing so well he is a wonder to me how he is healing."