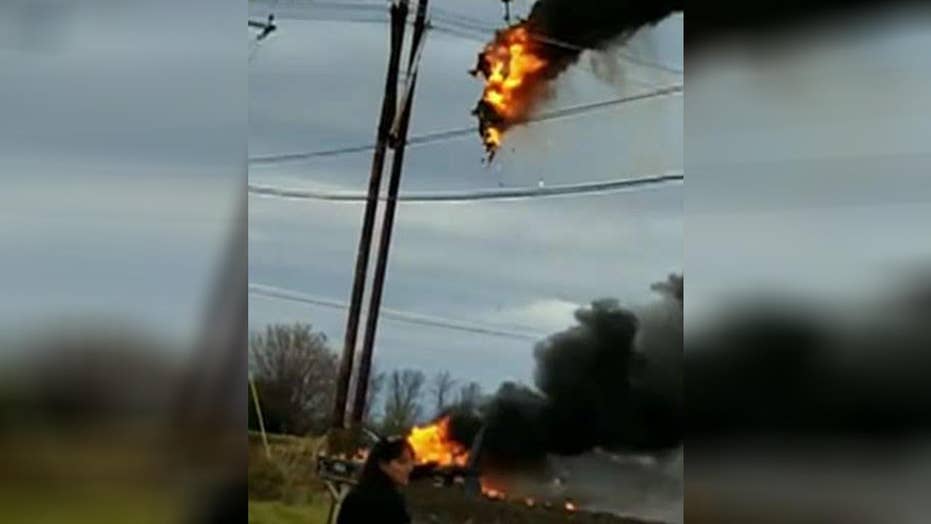 The helicopter, carrying four people, was flying between 65 and 80 feet off the ground as the utility crew worked on power lines. Suddenly, the aircraft became tangled in the wires and crashed.

Video from the scene showed flaming debris scattered on the power lines and down below.

The two utility workers who survived the crash were taken to a local hospital, where they were later released.

A spokesperson from the New York Power Authority told WCAX the injured crew members worked for Northline Utilities, which inspects and maintains power lines. The cause of the crash remains under investigation.