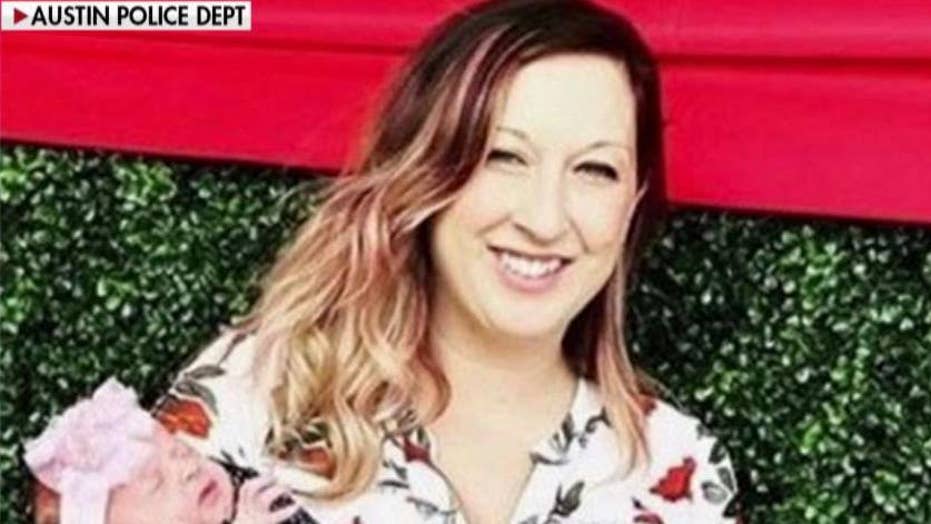 Police in Austin, Texas said Friday they believe they have found the body of 33-year-old Heidi Broussard and located her 3-week-old daughter, Margot Carey, alive.

Detective Brad Herries told reporters the baby is "safe and healthy," and currently under the care of Child Protective Services. "Her visual appearance is consistent with that of baby Margot," said Herries who added that while he could not confirm the woman's identity, "early indications would leave us to believe that it is Heidi."

The Harris County Medical Examiner's Office is conducting an autopsy to determine the woman's identity and cause of death, and authorities are waiting for the DNA results before they make further announcements, police said.

Austin Police Chief Brian Manley confirmed that a person has been arrested and charged with two counts of kidnapping and one count of tampering with a corpse. Herries said the suspect is in custody and being held on $600,000 bail. Police said more charges are possible. KTRK, citing jail records, reported Friday that Magen Rose Fieramusca is being held in the Harris County Jail on those charges.

Broussard and Margo were reported missing Dec. 12 after Broussard dropped off her Broussard's 6-year-old son at Cowan Elementary School in Austin. Police said Broussard and her baby returned home, where their belongings were found, before disappearing.

Magen Rose Fieramusca was arrested in connection to the case of a missing Texas mom and infant daughter. A body believed to be that of Heidi Broussard was found Friday. (Harris County District Attorneys Office)

Broussard’s fiance, Shane Carey, had called police on Dec. 12 after he was notified by his son’s school that Broussard never picked him up.

Earlier this week, investigators said they had no reason to believe that the two were harmed in any way but on Thursday night, several law enforcement agencies, including the FBI, responded to a Houston-area home where a body, believed to be Broussard's, was found inside the trunk of a car, KTRK reported, citing online records and a source.

A newborn was also found inside the home with "no obvious injuries or problems", a Cy-Fair Fire Department spokesperson told KPRC. Police reportedly said that the car where the body was found is registered to Fieramusca.

Investigators also alleged that Fieramusca had been plotting to take the Broussard's newborn, pretending to be pregnant at the same time as the victim.

"Although we are grateful it appears we have safely recovered baby Margo, we believe Ms. Broussard lost her life in this incident," Manley said, noting that the department would "go against our standard practice of taking questions" because of the "active" ongoing investigation.

FBI Special Agent in Charge Christopher Combs said it was a "horrible week" in Austin, but that authorities are "very thankful we were able to recover baby Margo"

"These recoveries happened because of dogged police work," he said, including the Austin Police Department, Texas Rangers and FBI.

"It's really through that partnership that we were able to recover that baby, which is one of the greatest things I think we would do, is save a child," Combs added.