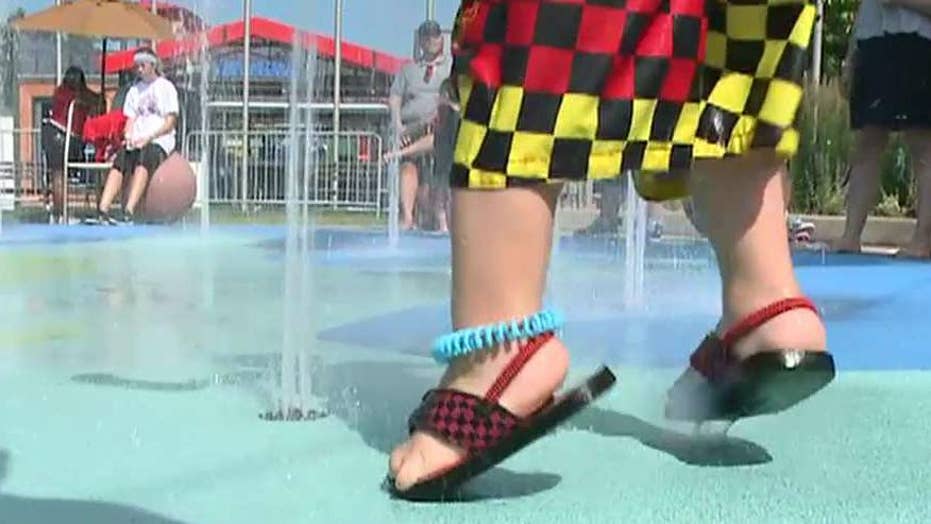 Bryan Llenas reports from New York City on the impact of the sizzling temperatures across the nation.

Millions of Americans are spending the Fourth of July focusing their red glare at the mercury, as a deadly heat wave engulfs parts of the U.S. -- including an oppressive “heat dome” affecting the East Coast.

“Dangerous heat wave will continue across much of the central and northeast U.S. through the Independence Day holiday,” the National Weather Service warned on Wednesday.

The NWS had issued a number of heat advisories and excessive heat warnings for the Plains to the East Coast, warning of high temperatures in the 90s to the near 100s, as well as high humidity, with no relief expected anytime soon.

According to CNN, a woman died Saturday while working in her garden in Pennsylvania, while a 30-year-old man died running a race on a mountain trail in Wilmington, N.Y., on Sunday.

The Washington Post reports that the culprit for the unusually high heat and humidity in the Midwest and East Coast is a “heat dome” with a center of high pressure that forms in the upper atmosphere, causing air to sink toward the surface. When that happens, it compresses and heats up.

The Post reports that the dome is set to expand and become even stronger over the next few days, with it peaking on Friday.

Richard Bann, a forecaster at the U.S. Weather Prediction Center in Maryland, told Bloomberg News that there won’t be any major relief anytime soon.

“This whole pattern that supports heat is pretty much in place, and we’re just talking about some fluctuations,” he told the outlet. “The temperature may come down a little, but the idea is if we can get rid of the humidity, it will feel better.”