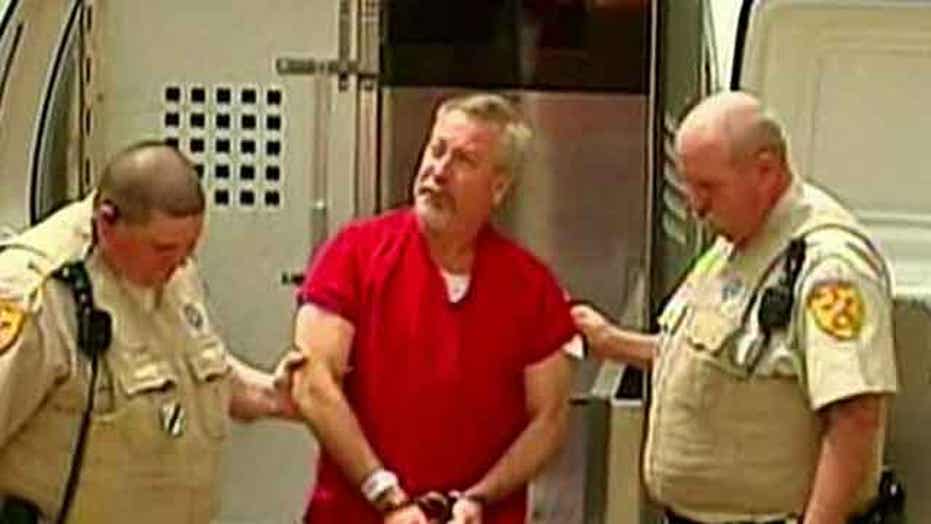 JOLIET, Ill. – A former lead attorney for Drew Peterson managed the one-time police officer's murder trial like a "dictatorship," a current Peterson lawyer said Wednesday as he sought to persuade a judge to grant a new trial.

Peterson was convicted in September of murdering his third wife, 40-year-old Kathleen Savio, who was found dead in her dry bathtub in 2004 with a gash on the back of her head.

The former Bolingbrook police sergeant's current legal team argues Peterson should get a new trial, in large part, because Peterson's longtime lead attorney, Joel Brodsky, allegedly bungled the trial. Much of a two-day hearing on the defense's request for a retrial centered on a witness who was called by the defense but whose testimony ended up helping the prosecution.

Judge Edward Burmila said he will rule on the motion when the hearing resumes Thursday. If he rejects the motion, he would immediately sentence Peterson on his murder conviction. Peterson, 59, faces a maximum 60-year prison term.

Peterson is also a suspect in the 2007 disappearance of his fourth wife, 23-year-old Stacy Peterson, but has not been charged in that case.

A recent public feud between Brodsky and one of his former colleagues, Steve Greenberg -- who still represents Peterson -- spilled into this week's hearing.

During Wednesday's hearing, the judge asked Greenberg why he and other attorneys hadn't objected to what they now say was a glaring mistake by Brodsky: Namely, calling witness Harry Smith who stunned the courtroom by testifying that Stacy Peterson talked to him about how Drew Peterson admitted killing Savio.

Greenberg has said the decision to call Smith was entirely Brodsky's and that other lawyers warned Brodsky not to do it.

"You were saying (to Brodsky that calling Smith) was a death knell, a stake in the heart (of your case) ... and you didn't express that to the court?" Burmila asked Greenberg.

Greenberg responded by describing Brodsky's alleged heavy-handedness, saying about his management of Peterson's six-person legal team, "It was a dictatorship, judge."

Sitting in an overflow courtroom listening to Greenberg's comment, Brodsky groaned and shook his head.

"It's fiction. It's an absolute bald-faced lie," Brodsky told a reporter during a break in the proceedings. He also repeated his assertion that Greenberg and the rest of the attorneys had not opposed calling Smith.

Earlier Wednesday, a retired judge testified that Brodsky's decision to call Smith, a divorce attorney who talked to Stacy Peterson before she vanished, was disastrous and may have led to Peterson's murder conviction.

Smith also told jurors that Stacy Peterson had asked him if she could she squeeze more money out of her husband in divorce proceedings if she threatened to tell police that he killed Savio three years earlier.

"Up until that point, there had not been any direct evidence in respect to Mr. Peterson causing the demise of Ms. Savio," the retired judge, Daniel Locallo, testified.

In calling Smith, Brodsky had hoped Smith's testimony that Stacy Peterson allegedly sought to extort her husband would dent the credibility of statements she made to others that Drew Peterson threatened to kill her. Instead, Smith kept stressing how Stacy Peterson seemed to sincerely believe her husband had killed Savio.

The state's lead prosecutor in the case, James Glasgow, at the time referred to Smith's testimony in a comment to reporters as "a gift from God."

That comment by Glasgow became an issue Wednesday, with another Peterson attorney arguing it demonstrated prosecutors also saw Smith's testimony as a major error -- albeit one that worked in their favor.

"The `gift from God' statement would suggest that a miracle happened," David Peilet told the judge. "It was basically laid there for the state on a silver platter."

"He chose to follow the advice of one," she told the judge. "Mr. Peterson ... chose the course of action to go forward with."