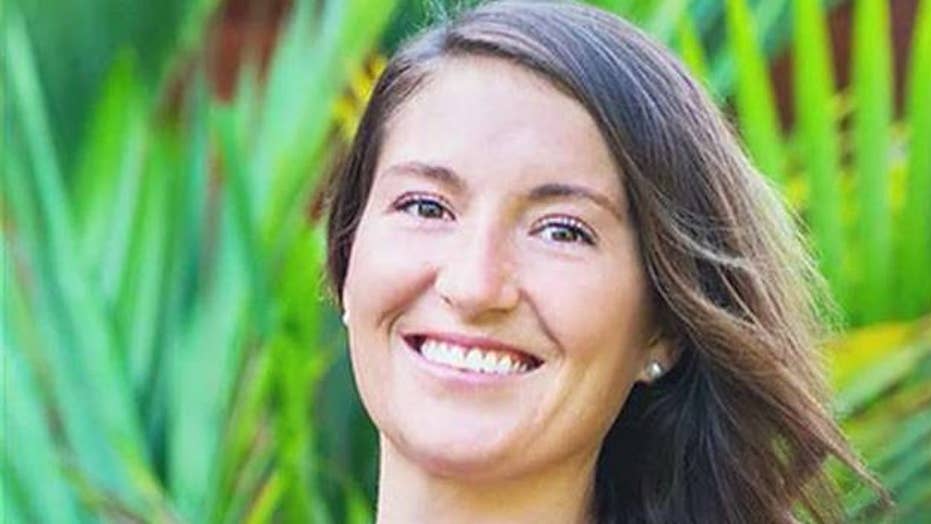 A Hawaii woman has been found alive in a forest on Maui island Friday after going missing more than two weeks ago.

Amanda Eller, 35, was found injured in the Makawao Forest Reserve, the Maui News reported Friday. News of her discovery was announced on the Findamanda Facebook page, Hawaii News Now reported.

A post on their Findamanda Facebook group accompanying this picture said: Amanda was found by our own search team captains Chris and Javier!! They were in a helicopter searching out of the general area where we have been in. She spotted them and they spotted her at the same time. She waved them down. She was deep in a creek bed between two waterfalls. She is just as strong as we always said she would be. We knew she could make it this long. Amanda is doing great she is just talked to her father from air evacuation helicopter. More soon!! (Javier Cantellops)

“Amanda has been found,” the statement read. “She got lost and was stuck and slightly injured in the forest – way way out.”

Javier Cantellops said he was searching for Eller from a helicopter along with Chris Berquist and Troy Helmers when they spotted her, the Honolulu Star-Advertiser reported.

Cantellops said she was in the bed of a creek with waterfalls on either side.

The physical therapist and yoga instructor from the Maui town of Haiku went missing on May 8. Her white Toyota RAV4 was discovered in the forest parking lot with her phone and wallet inside. Her boyfriend reported her missing on May 9, Hawaii News Now reported.

Since she went missing, hundreds of volunteers have searched for her.

It was not immediately clear how or to what extent Eller was injured, but Berquist said Eller was “very alert” and “very surprised to see us.”

"I've never felt something quite that overpowering,” he told ABC News Radio.

Eller’s mother, Julia, said she “elated” by the good news.

“I can’t even put it into words,” she said. “I’m so incredibly grateful.”

Earlier Friday, the reward for finding the physical therapist was raised to $50,000.