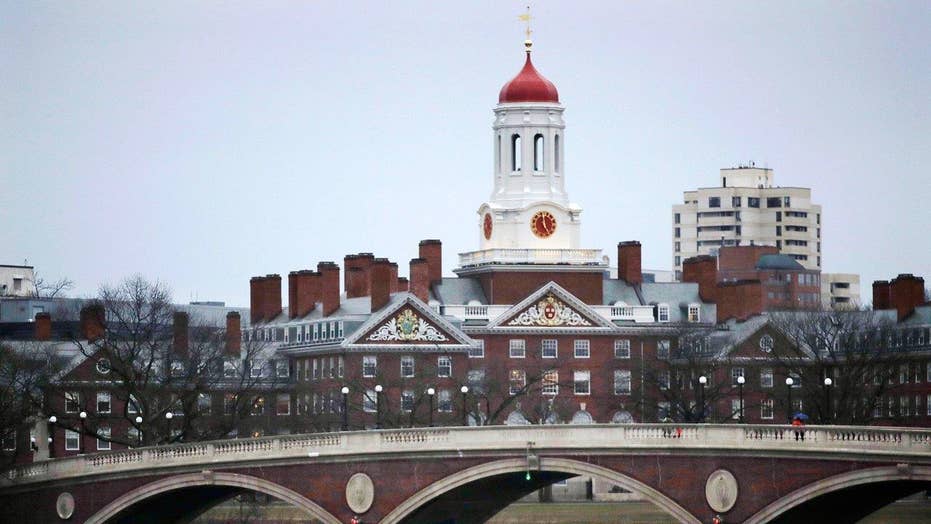 Hypocrisy in Harvard's effort to ban social clubs over 'exclusivity?'

Faculty at Harvard University on Tuesday will discuss whether or not to ban fraternities and single-gender clubs on campus.

The recommendation to ban the clubs was first floated last July after a proposal that was published in response to alleged rampant alcohol abuse and sexual assault.

The proposal included phasing out all social clubs like fraternities and sororities. Any student who joined one would be suspended or expelled.

Officials at the school, last year, tried to curb these clubs

The final edited version of the report was published Friday. Instead of suggesting an outright ban on all social clubs, the university committee responsible for the report provides several options to reshape the campus life, the Boston Globe reported.

“The College must take action to address the detrimental impact of the unrecognized single-gender social organizations,” the report read. “At the same time, as a committee, we did not reach consensus about the path forward.”

Camille N’Diaye-Muller, a senior and undergraduate president of the Delta Gamma sorority, told the Globe that the final report offers a glimpse of hope that Harvard won’t completely crack down on single-gender clubs.

“At least they are starting to listen to their students,” she said. “I am cautiously optimistic for now.”

The University president will ultimately make the final decision about the issue.