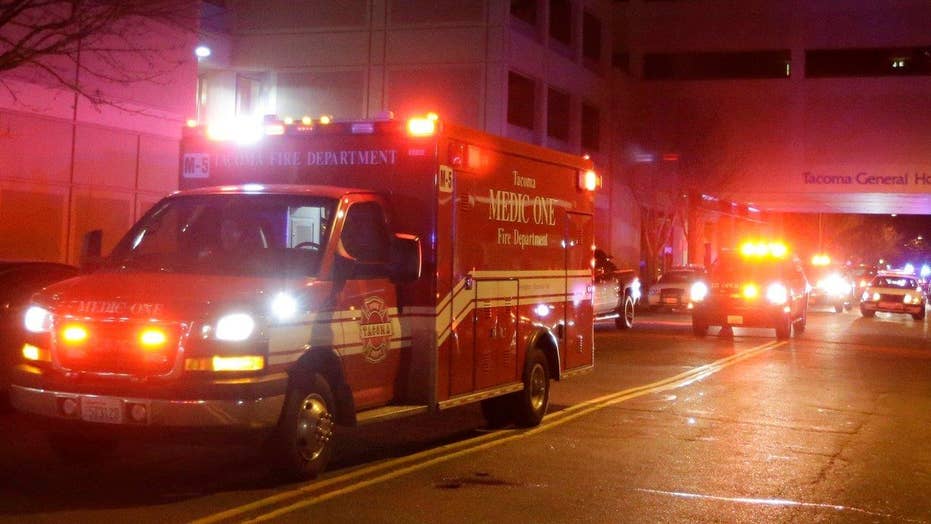 A Washington police officer died late Wednesday after being shot several times while responding to a domestic violence call, officials said, adding that the suspect was shot and killed after an 11-hour standoff.

Police said rescuers freed a girl and boy who the unidentified gunman had used as human shields inside the home where he was holed up.

The male officer, who has not been named, was shot with a gun inside the home. The officer was pronounced dead at 9:13 p.m. local time after undergoing emergency surgery at Tacoma General Hospital.

He was the 132nd officer to die in the line of duty this year, according to the National Law Enforcement Officers Memorial Fund. More than 60 of the 132 were shot to death. At least eight were responding to reports of domestic disturbances.

Cool said earlier that the neighborhood in Tacoma had been locked down while officers from multiple agencies were "working to bring it to a peaceful resolution."

The incident began at around 4 p.m. when two officers responded to the home after a report of a verbal dispute. Cool said the officers called for backup "a very short time later" and shots were fired almost immediately after reinforcements arrived.

It wasn't immediately clear what led up to the shooting.

The Tacoma News Tribune reported that several people inside the home were able to get out following the initial shooting.

In a statement, Washington Gov. Jay Inslee said he and his wife Trudi were sending their thoughts and prayers to the family and loved ones of the officer.

"All of Washington grieves with Tacoma, which tonight lost one of their finest. Our hearts are with the men and women of the Tacoma Police Department, their families, and their brothers and sisters in law enforcement across Washington."