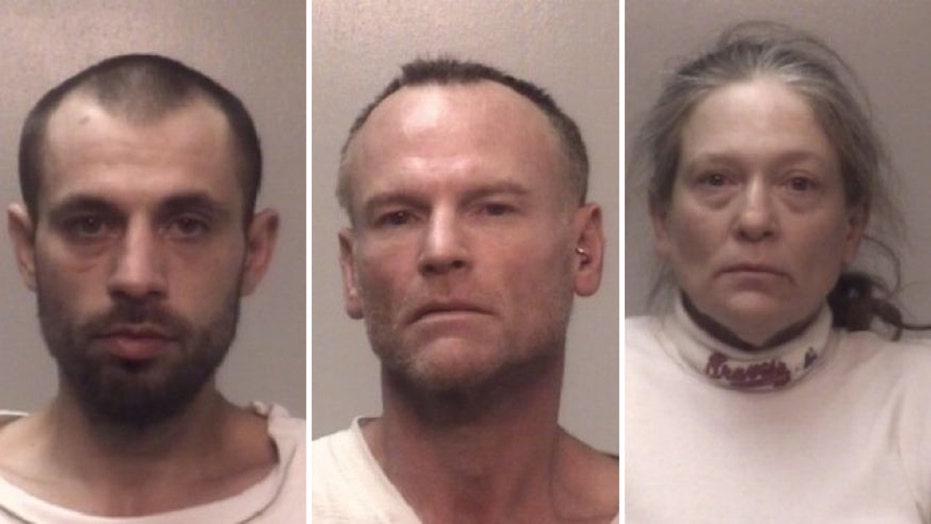 Two men and a woman have been arrested after grandmother with a gun thwarted an attempted burglary at her home in Coweta County, Ga., according to deputies.

“I don’t know why they selected that house, but they picked the wrong one,” Colonel James Yarbrough from the Coweta County Sheriff's Office said.

According to a report, Elaine Stiehl, 78, was getting ready to take a nap when she heard a noise coming from inside her home on Mount Carmel Road around 3 p.m. Friday. Stiehl loaded her gun, opened her bedroom door and saw two men standing in her hallway, the report said.

Officials said the men were in the process of stealing furs and tools from the home, but after seeing Stiehl’s gun, the men reportedly ran out of the residence and fled in a car.

“Neighbors were able to give us a description of the vehicle we pulled it over and took the subjects into custody,” Yarbrough said.

John Michael O’Neal, 32, was been charged with burglary and theft by receiving stolen property.

Thomas Allen Linder, 44, is charged with burglary and weapons possession by a convicted felon.

The getaway driver, identified as Ann Renee Dearman, 49, was charged with burglary.