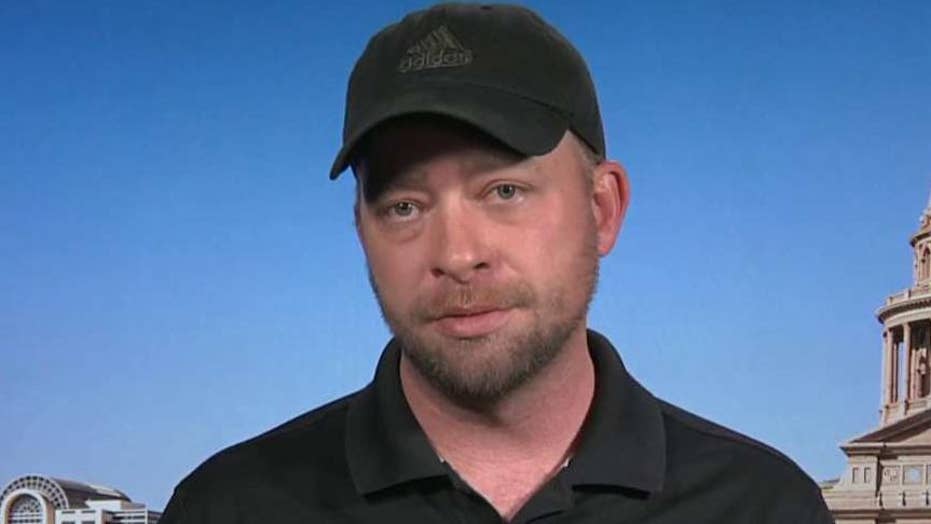 AUSTIN, Texas – About a dozen gun rights activists staged a mock mass shooting near the University of Texas, only to be outnumbered by counter-demonstrators who waved sex toys and tried to drown them out with chants.

The groups Come and Take It Texas and Don'tcomply.com initially wanted to hold their event on campus Saturday but were told by school officials they would be charged with criminal trespassing. Several members openly carried real assault-style rifles.

The groups then slipped away to another location and "shot" six people with cardboard guns. Victims were outlined with chalk to show where they fell.

After publicizing their event for nearly a week, organizers said they purposely avoided the crowds and media gathered to cover the event to prove that a shooter can strike anywhere and anytime.

The campus is home to one of the worst mass shootings in U.S. history. Charles Whitman killed 16 people in 1966, shooting dozens of people from a perch atop the central clock tower.

"It's tasteless," Robert Oxford, a graduate student and member of the group Gun-Free UT, said of the mock mass shooting.

The Texas legislature this year voted to allow concealed handguns on college campuses, although public universities can establish gun-free zones. Plans under consideration for the Austin campus would prohibit firearms in dorms but allow them in classrooms.