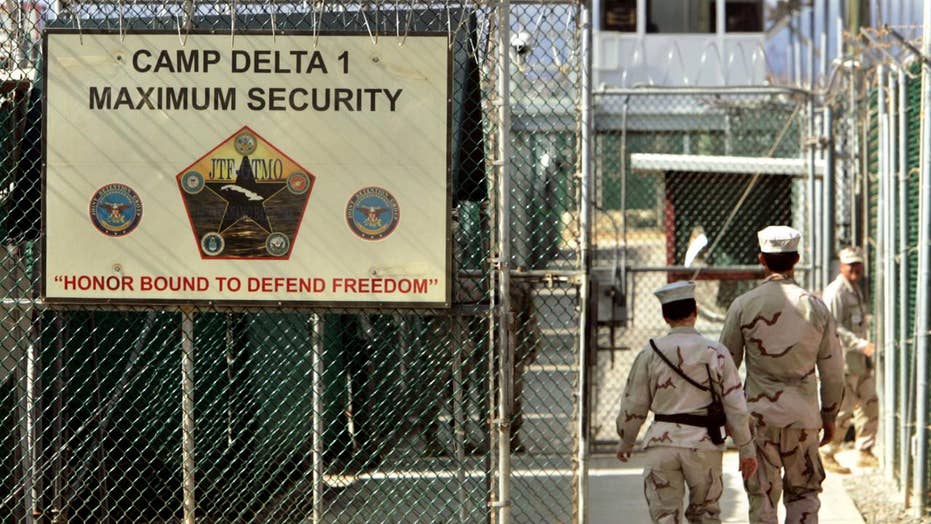 The Marine Corps general in charge of war court defense teams at Guantanamo Bay was found guilty of contempt Wednesday for disobeying a judge, marking the first time anyone has faced the charge during the military commissions.

The military judge, Air Force Col. Vance Spath, sentenced Brig. Gen. John Baker to 21 days of confinement at his living quarters on the base and fined him $1,000.

Pentagon spokesman Ben Sakrisson told Fox News that as in any state, federal, or military court, the judge "has the obligation and power to enforce decorum in the courtroom.”

As part of the guidelines for military commissions at Guantanamo, Rule 801 outlines that “the military judge is responsible for ensuring that military commission proceedings are conducted in a fair and orderly manner, without unnecessary delay or waste of time or resources."

Under another section in the guidelines, Rule 809, those found in contempt in military commissions can be sentenced up to 30 days of confinement and no more than a $1,000 fine.

The decision came after Baker released three civilian defense attorneys from the death-penalty case against Abd al Rahim al Nashiri, who is accused of attacking the USS Cole in 2000, according to the Miami Herald, who first reported the incident.

The three non-military defense attorneys quit the case for ethical reasons "related to secret government eavesdropping on their communications," according to the American Civil Liberties Union.

Spath declared Baker's decision “null and void,” and ordered the three civilian attorneys -- identified by the Miami Herald as Rick Kammen, Rosa Eliades, and Mary Spears -- to participate in a hearing on Friday.

The contempt conviction of an American official was the first handed down since military commissions began at Guantanamo Bay in the wake of the Sept. 11 attacks.

Baker is permitted to have internet and phone communications while in his confinement, according to the Herald. Under Rule 809, the "Convening Authority” designates the place of confinement for those found in contempt, according to Sakrisson.

"The military judge yesterday ordered General Baker to be confined to his quarters at Guantanamo Bay, Cuba,” Sakrisson told Fox News on Thursday. “The convening authority will determine whether to affirm, defer, suspend or disapprove the sentence in the next few days."

The decision drew outrage from civil liberties groups that have long complained about military commissions at Guantanamo Bay, saying the decision "needs to be reversed."

“The contempt finding and confinement of General Baker is unlawful and an outrage,” Hina Shamsi, director of the American Civil Liberties Union’s National Security Project said in a statement.

“General Baker was continuing the honorable military defense counsel tradition of trying to act ethically, despite being part of a system rigged against the rule of law. The military judge’s unprecedented contempt ruling against General Baker shows just how difficult that is.”

Nashiri, who has been in U.S. custody for 15 years, is accused of orchestrating the 2000 suicide bombing by Al Qaeda of the USS Cole off Yemen that killed 17 sailors.