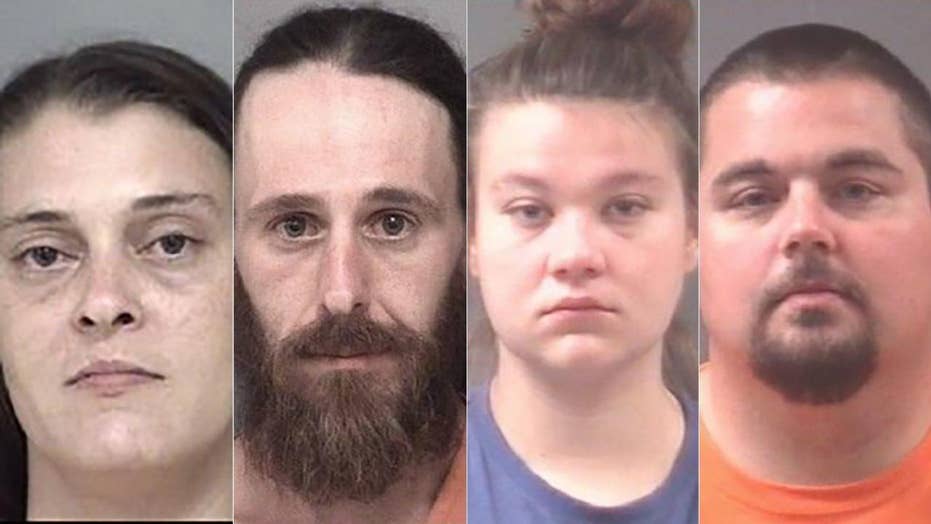 A group plotted to lure and sexually assault a child from the Michigan county fair. The group planned to crush and burn her body, according to police.

Four people arrested last year for allegedly plotting to kidnap a child from a Michigan county fair had a twisted plan to torture and sexually assault the victim before burning the child alive, investigators said Thursday, revealing text messages they say show group members were impatient to enact the plot.

Michigan State Police launched an investigation into the quartet after receiving a tip from an unnamed inmate who told a detective he watched a video of a sexual act on Toole’s phone and Toole vowed to have sex with the girl in the video when she was 9 years old, MLive.com reported, citing a police report.

On May 10, Toole and Furman were interviewed about the allegations and police seized phones, laptops and a substance suspected to be methamphetamine. According to MLive.com, there were devices in the pair's possession that showed them committing sexual acts with two children.

Police said they later obtained text messages from an unnamed suspect in a separate child abuse case that further shed light on what the group was planning. Police reportedly discovered a video showing a sexual assault on an infant in the suspect’s phone as well as text messages between the suspect and another contact identified as “Jayme,” according to MLive.com. The woman, later identified as Jayme LaPoint, reportedly told authorities she sent sexually explicit images of children to her husband David Bailey. His phone was later seized during a search warrant execution.

A witness who told a Michigan DHHS worker she was an ex-girlfriend of Bailey and LaPoint came forward with information to investigators alleging overhearing a conversation in which the four suspects talked about their plan to abduct a child from a Michigan county fair. Police said the group planned to use LaPoint to lure the child because she looked the youngest.

Furthermore, the group planned to bring the kidnapped child to a secluded cabin in Michigan or Indiana, torture the child, burn the victim alive in a barrel, crush the child’s bones and teeth and burn the cabin down, MLive.com reported, citing the police report.

LaPoint told police she and Bailey had babysat a 1-year-old girl and 4-year-old boy and detailed their sexual exploitation of the girl, according to MLive.com.

A jury trial at Branch County Circuit Court was set for March 19 to March 21.

Toole and Furman were also facing multiple counts of criminal sexual misconduct and child abuse in Calhoun County, according to MLive.