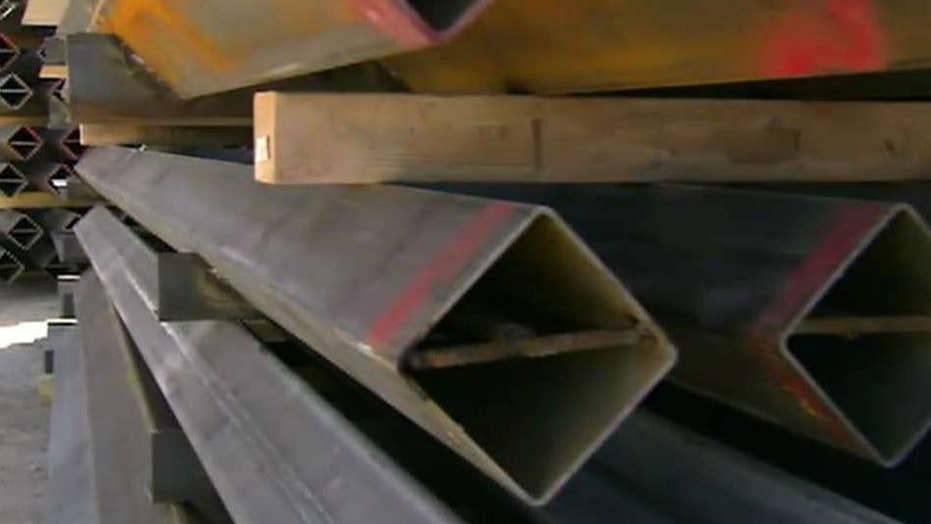 In effort to strengthen the nation's border wall, a new 30-foot fence is under construction in New Mexico; William La Jeunesse has the latest from Santa Teresa, New Mexico.

“It’s 18 feet high. The bollards are filled with concrete. You got rebar running up inside. It goes six feet underground and two feet of concrete on top of that,” says El Paso Sector Chief Aaron Hull. “A wall isn’t designed to stop everybody. But you would have to be one of the more determined illegal aliens to scale it, get through it or dig under it.”

The new bollard style wall is one of three going up this year along the U.S.-Mexican border.

A similar two-mile project is under construction in Calexico, California, and a third is set to begin later this year in San Diego.

Hull says Santa Teresa has become the sector’s most active crossing point for human and drug smuggling, making it a top priority nationally for a wall.

“It’s just too easy for them to cross in this area and disappear into the urban communities to the north,” says Hull. “The proximity of highways on both sides of the fence make it very attractive for criminals, smugglers and illegals to get in and out quickly. That’s why we need the wall: to deter, to stop illegal traffic.”

The project, which is being paid for out of the operating budget of the Army Corp of Engineers, costs $73 million.

The president’s new budget appropriates $1.6 billion for border security, which is enough officials say for roughly 100 miles of additional fencing.

To stop Trump from calling the new infrastructure a “wall,” Congress stipulated the fence design cannot resemble any of the wall prototypes now on display in San Diego.

Eight prototypes of the border wall were completed in San Diego in October. The prototypes — four made of concrete and four of see-through steel — are about 30 feet high, much taller than existing barriers. Trump visited the prototypes, and has expressed preference for a see-through capability, heeding advice from senior Border Patrol officials.

“We are misplacing our priorities if we think that a border wall is going to keep, for example, drugs and illegal activity from coming into the country,” says Texas State Senator José Rodriguez, a critic and Democrat.

“These are people for the most part who are seeking economic security for their families.”

There are two problems at the border right now: those who want to be caught, Central Americans, and those who don’t, Mexicans. In both cases, the Catholic Archdiocese says the U.S. should welcome, not stop, illegal immigrants fleeing poverty and persecution.

“These people are not a threat to us. Now is the time to assert that the border should be a place of encounter, not of confrontation,” said Bishop Mark Seitz of the Diocese of El Paso. “We’re meeting them with military force. We think that’s the wrong answer. We’re really hoping and praying that this further militarization of the border doesn’t lead to unnecessary violence and deaths.” 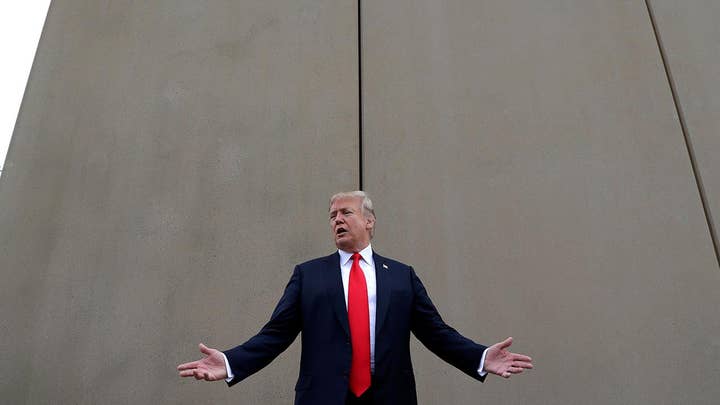 As a candidate, Trump wanted to build a “big, beautiful wall” across the entire 2,000 mile border.

As president, he reduced that to 700 miles.

Currently, about one-third of the border is currently fenced — 354 miles of pedestrian fence and 300 miles of vehicle barrier.

Under the $1.3 trillion omnibus, Homeland Security can afford about 100 miles of new fence.

However, under that spending bill, Congress banned the administration from modeling any new fence after the prototypes in San Diego for fear they’d be criticized for supporting Trump’s wall.

However, the bollard style wall going up in Santa Teresa is very similar to those.

Fox News' Jennifer Girdon and The Associated Press contributed to this report.