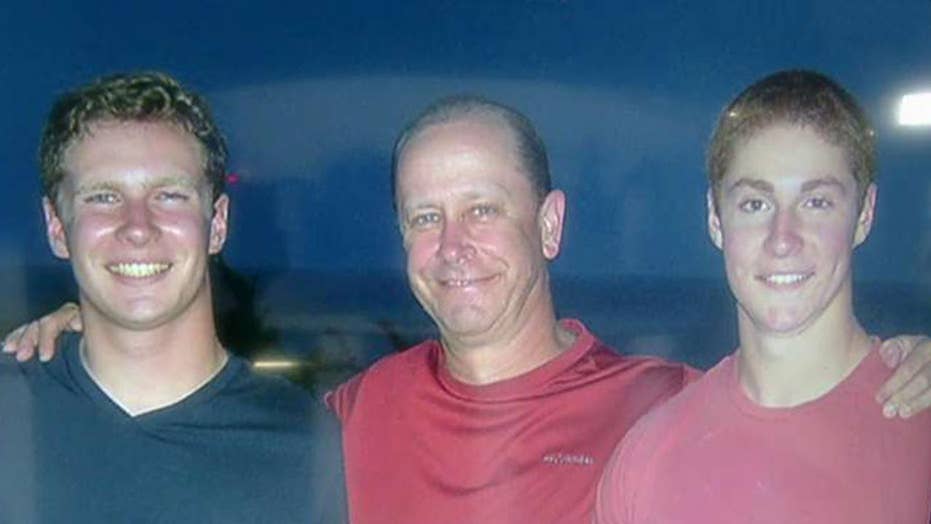 Inside the new anti-hazing initiative

Parents of victims and Greek life leaders team up to prevent hazing; parents share their stories on 'The Story.'

Parents and national leaders of fraternities and sororities launching a nationwide anti-hazing campaign spoke to Fox News, expressing deep concern about the deaths of too many young college students.

Tim Piazza and Marquise Braham told their parents they just wanted to make some new friends by joining fraternities while away from home at Penn State University. Neither got much of a chance: They both died before their 20th birthdays after brutal hazing rituals.

The new coalition plans to have parents speak to as many as 25,000 college students this academic year about the dangers of hazing, and to have members of Greek societies themselves speak to middle and high school students.

Judson Horras, the president and CEO of the North American Interfraternity Conference, said change will happen by winning the hearts and minds of undergraduates.

“It’s all about authentic connection and tapping into young men’s hearts and how they were raised,” he said on “The Story” with Martha MacCallum. “These parents have the unique ability to do that, that I can’t do that in my position.”

He noted that accountability needs to be elevated at the university and law enforcement levels. One of the first orders of business for this new coalition is to press legislatures in all 50 states to toughen anti-hazing laws. They want lawmakers to make it a felony to force a student to consume alcohol during an initiation.

Rich Braham, whose 18-year-old son, Marquise, committed suicide in 2014 after a brutal bout of hazing that he’d complained about to school officials, said their mission has been asking fraternities to look out for their brothers: “It’s not normal to watch your brother getting tortured.”

Jim Piazza said he believes the Greek system can be reformed. His 19-year-old son died an agonizing death last year after he was allegedly ordered to binge-drink 80-proof vodka until he became so intoxicated that he fell repeatedly, including down a flight of stairs, and was left to writhe in pain for hours before medical help was summoned. More than two dozen members of Piazza’s Beta Thea Pi fraternity at Penn State were arrested, but all felony charges, including manslaughter, were eventually dropped. Three people have since pleaded guilty to misdemeanors.

The coalition’s mission is heavily focused on prevention, and Horras said a lot can be done through “just the importance of teaching kids humble kindness.”

Fox News’ Martha MacCallum and The Associated Press contributed to this report.