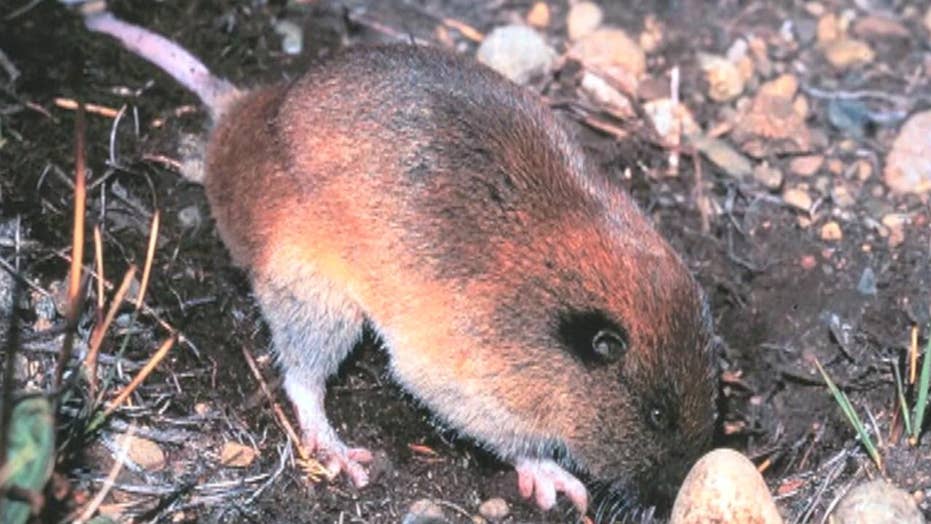 It would appear to be a David and Goliath fight over property rights, but a furry little rodent is currently whipping the landowners of Thurston County, Washington.

In 2014, three sub-species of the Mazama pocket gopher were listed as threatened in the county under the Endangered Species Act. Since then, property owners have lived in fear that a gopher hole might show up and derail any plans to develop their land.

Steve and Deborah McLain have been trying unsuccessfully for over a year to get a permit to build a home on the 8 acres they own near the city of Tumwater. The problem started when inspectors found a single mound of dirt indicating a pocket gopher lived there.

“The gopher has been able to enjoy our property the entire time,” said a frustrated Deborah McLain, “and they have more rights to our property than we do.”

The McLains have offered to give up one of their acres as protected habitat for the gopher, but Thurston County still won’t issue a building permit. The county requires landowners who want to build anything on their property to determine if their soils are conducive for gopher tunneling. If they are, inspectors must make three site reviews 30 days apart. The reviews must be done between June 1st and October 31st – because that’s when gophers are the most active.

Larry Weaver is a homebuilder. He says the gopher issue is driving most contractors out of the county.

“In one instance I had to give up 64 percent of my property where we built the house,” said Weaver. “It was a little over an acre and 64 percent had to be fenced off as gopher habitat.”

The U.S. Fish and Wildlife Service, which listed the gopher as threatened, can’t even give a rough guess as to how many pocket gophers are living in Thurston County.

“It’s not based on number, it’s based on area and threats,” said Eric Rickerson, the Washington state USFWS Supervisor.

The Mazama pocket gopher thrives in loose, well-drained prairie soils. The government estimates 95 percent of the gopher’s habitat has been lost due to development. Since it is cost-prohibitive to actually count gophers, which live underground and rarely surface, the aim of the conservation plan is to prevent building on the remaining land that is good for gophers.

Glen Morgan from Citizens Alliance for Property Rights doesn’t think the gopher is endangered at all. He points to the fact that gophers have been thriving in the most dangerous place in Thurston County, the artillery firing range on the Army’s Joint Base Lewis-McChord.

“This all starts basically with environmental groups that push a species, whether they’re endangered or not, to force U.S. Fish and Wildlife to start down this road, to list them whether or not there’s any good science,” said Morgan.

Thurston County officials are working on a conservation plan that would create a $42,000 gopher tax for new homeowners who build on gopher habitat. That money would be used to purchase land in another part of the county where it would be managed as protected space for gophers.

A sort of cap-and-trade gopher tax has already been started by a large developer. Kaufman Real Estate owns prime land near a small regional airport. It also happens to be prime gopher soil. In exchange for obtaining building permits, Kaufman bought 77 acres for gopher habitat. The process has taken several years and cost the company $3 million.

Thurston County Commissioner Gary Edwards said the county is trying to avoid getting sued by environmental groups, but he also opposes the gopher tax.

“The rich can continue to function and live anywhere they want,” said Edwards, “but the poorer folks, the people out there working for a living can’t.”

The Center for Natural Lands Management defends the gopher protections. Patrick Dunn says gophers turn over soil as they dig their tunnels creating places for wildflowers to germinate. They also help other rodents and even reptiles like snakes.