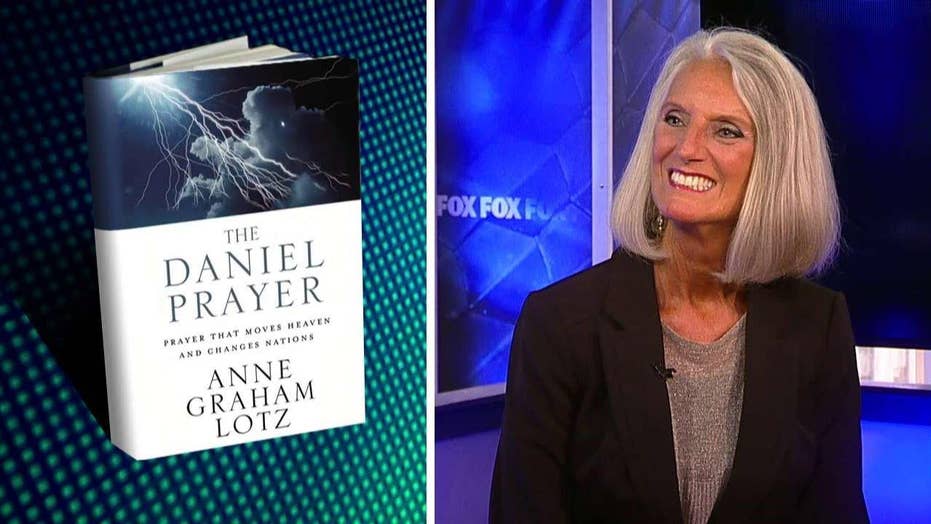 Is America doomed without prayer?

Spirited Debate: Anne Graham Lotz on her new book 'The Daniel Prayer' and why we should put our hopes in God, not a Presidential Candidate

Many of the faithful who attend church every week do so in the care of their immortal soul -- but new data just released shows that a relationship with religion may also have significant health benefits, even against serious illnesses such as cancer and cardiovascular disease.

"For the roughly half of Americans who do believe in God but don't attend services -- this study does suggest that there's something very powerful about service attendance, something more powerful than solitary spirituality."

The new study found that "attending a religious service more than once per week was associated with 33 percent lower all-cause mortality compared with women who had never attended religious service."

The staggering percentage in mortality reduction comes as a surprise to many, including the researchers themselves. Dr. Tyler J. VanderWeele, a professor of epidemiology in the Harvard T.H. Chan School of Public Health in Boston, was one of four researchers who published the study. He spoke with LifeZette about his findings.

"My guess was that it was going to [affect mortality]," said VanderWeele. "I was a little surprised by the size of the impact. A 33 percent reduction in mortality over a 16-year period is pretty substantial."

But this study was different. It addressed the usual criticisms in terms of how religion can positively affect health.

There were a number of ways the researchers examined this issue.

"We tried to control certain measures of health at the beginning of the study, but also demographic and social variables, income and education, and depression and social support -- that was one big step," said VanderWeele.

When it comes to physiological problems, particularly depression, VanderWeele said, "The preliminary evidence we have in the study is that service attendance did seem to affect both greater levels of optimism and lower levels of depression."

That survival rate -- especially regarding very serious illness -- is where questions of a supernatural nature begin to arise. Multiple issues could be at work, he surmised.

"I think there's something about the religious experience, religious participation, having social support of the community, being able to find meaning and hope amidst the illness -- something along those lines is leading to lower levels of mortality."

Also noteworthy is the importance of one's participation and involvement in religious services and church communities. The newest fad is to be spiritual but not religious -- or basically to believe in God or a deity, but not take part in a church or religious community.

"I do think that for the roughly half of Americans who believe in God but don't attend services -- this study does suggest there's something very powerful about service attendance, something more powerful than solitary spirituality," said VanderWeele. "The study suggests that [people who don't attend services] may be missing out on something rather important about spiritual and religious life -- mainly the communal religious experience, which certainly does matter for health and perhaps for all sorts of other things."

In studies like these, there is always some type of pushback, and VanderWeele commented on the first slight opposition.

"There was a commentary ... and although [it] was generally quite positive, the author did point out that a study like this can't prove causality. And that's right. This is observational data and so we can never be certain. But it was an advance beyond the previous literature," he explained. "Although we can't prove causality, we can provide evidence for it and that's what this study did -- it provided the strongest evidence to date."

What's the next step for this topic and the researchers? VanderWeele and his team have further to go on this interesting and under-analyzed topic.

"What is it exactly about service attendance that really matters?" VanderWeele pondered aloud. "A lot goes on in a typical religious service, so can we better understand what is it that most powerfully seems to matter for health?"