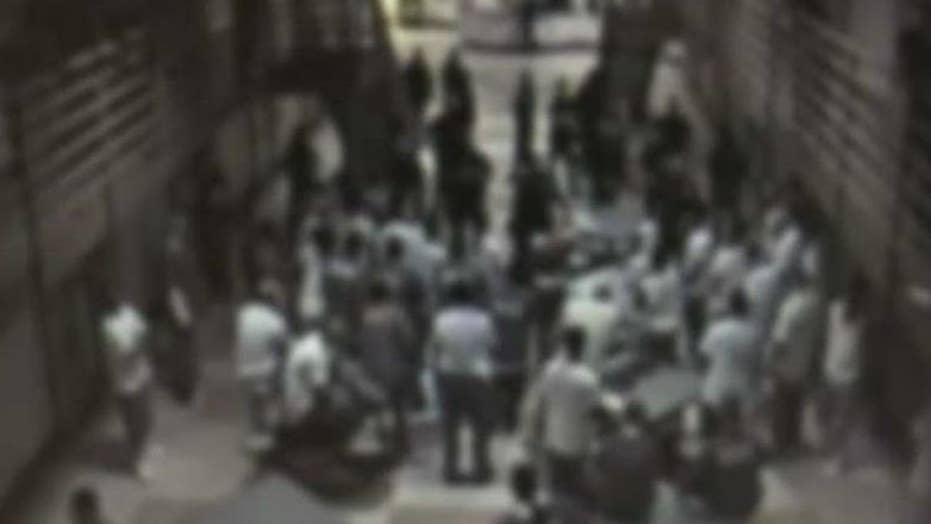 Inmates destroy computers, tables and use fire extinguishers as weapons

Video released by the Massachusetts Department of Corrections shows a prison riot, during which officials say inmates were "getting ready for war."

The aftermath of the prison riot. (Massachusetts Dept. of Corrections)

Secretary of Public Safety Daniel Bennett says the incident began with a fight Monday between two inmates at the Souza-Baranowski Correctional Center and quickly escalated when 47 inmates refused orders to return to their cells.

The video, which was blurred to hide the identity of the inmates, pending the completion of the investigation, shows inmates destroying parts of the prison unit and making weapons.

Inmates are shown ripping table legs off, beating in doors and destroying office equipment to make weapons from the parts.

Many inmates have covers over their heads and faces while they roam around the unit destroying parts of it.