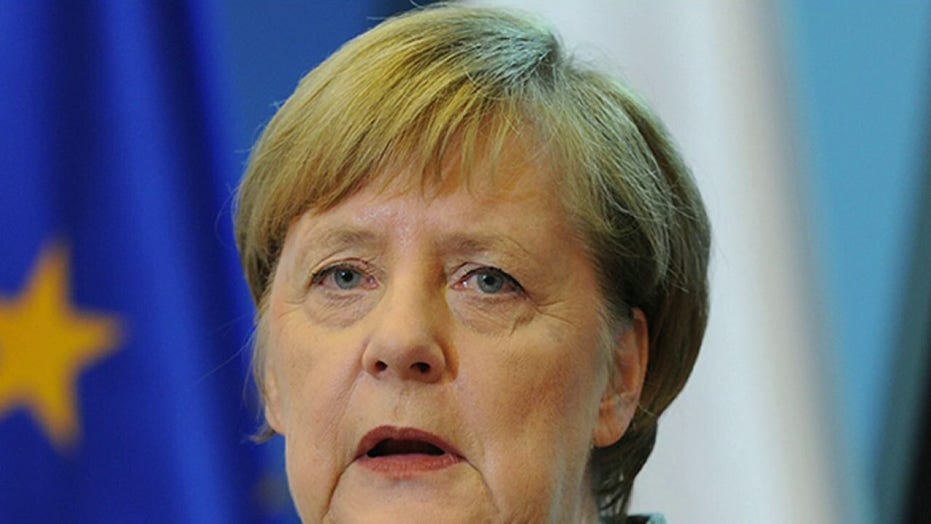 Germany may have begun to successfully flatten the curve amid the global coronavirus pandemic while the death tolls in Spain and Italy continue to spike despite nationwide lockdowns meant to curb the spread of the novel disease.

The exponential upward curve in new coronavirus infections in Germany may be flattening off, according to the head of the country’s public health institute, who said stringent social distancing measures, including school closures and bans on public gatherings, as well as hand washing instructions, helped the public quickly slow the rate of infection.

"We are seeing signs that the exponential growth curve is flattening off slightly,” Lothar Wieler, head of the Robert Koch Institute, told Sky News. "But I will only be able to confirm this trend definitively on Wednesday."

Germany ramped up its restrictions Sunday, banning gatherings of more than 2 people. German Chancellor Angela Merkel also announced that day that she would self-quarantine after a doctor who had vaccinated her on Friday for a different disease tested positive for COVID-19.

Though Germany recorded at least 26,220 confirmed cases of the coronavirus, as of Monday morning, only at least 111 people have died, according to Johns Hopkins University.

In Spain, the death toll spiked to at least 2,182 people Monday morning, which was up from the 1,720 deaths recorded the day prior, according to the country’s health ministry. At least 33,089 people in Spain were infected with the coronavirus, up from the 28,572 cases recorded in the previous tally.

Italian soldiers patrol the square facing Duomo gothic cathedral in downtown Milan, Italy, Sunday, March 22, 2020. Italian Premier Giuseppe Conte has told the nation he is tightening the lockdown to fight the rampaging spread of coronavirus, shutting down all production facilities except those that are "necessary, crucial, indispensable to guarantee" the good of the country. (AP Photo/Antonio Calanni)

Meanwhile, the death toll in Italy, which is the worst-stricken nation in the world, stands at 5,476, with at least 59,138 confirmed cases, according to Johns Hopkins University.

Spanish Deputy Prime Minister Carmen Calvo was hospitalized on Sunday with a respiratory infection and has been tested for the coronavirus, according to Reuters.

"The deputy Prime Minister went to a hospital yesterday afternoon and after medical tests were carried out doctors decided she had to remain there to receive treatment for a respiratory infection," the government said in a statement.

Begoña Gómez, the wife of Spanish prime minister Pedro Sanchez, as well as two other Spanish ministers tested positive for the coronavirus earlier this month. Gómez was reportedly taking precautionary measures inside her family home in Madrid to ensure others weren’t infected.

Meanwhile, an Italian metalworker’s union on Monday called for its members to go on strike in the northern Lombardy region, which has been the worst-hit area in Italy from the outbreak, to protest against a government list of companies to remain open amid the nationwide lockdown, Sky News reported.

Italy’s Lombardy region, where Milan is located, and 14 other provinces were the first to go on lockdown to prevent the spread of the coronavirus. But news of the measures leaked on social media before the official announcement, prompting thousands – mostly university students – to leave bars and hop on some of the last trains south.

When the number of cases spiked by more than 50 percent within a 24-hour period, Italy Prime Minister Giuseppe Conte on March 7 announced a sweeping nationwide lockdown, ordering Italians to only leave home for essential needs, such as visits to the grocery store or hospital.

For weeks before the nationwide lockdown measures, the Italian public had been fed mixed messages about the crisis, with several politicians sharing messages encouraging people to go out as a sign of strength against the coronavirus threat.

Nicola Zingaretti, the leader of the governing Democratic Party, visited Milan on February 27, with a group of students.

“We must not change our habits,” he wrote in a social media post, according to the Guardian. “Our economy is stronger than fear: let’s go out for an aperitivo, a coffee or to eat a pizza.”

He tested positive with the coronavirus nine days later.

The mayor of Milan, Beppe Sala, had also shared a video with the message “Milan does not stop,” showing people out at bars, hugging and kissing, waiting at train stations and seemingly going about life as normal.

Even after the nationwide lockdown was implemented, Italians still failed to grasp the severity of the problem, and police, over the course of the first week, charged more than 40,000 people with violating quarantine measures, the Guardian reported.

Police and troops have since been deployed to patrol the streets in Naples and Sicily. Professional sporting events were canceled, masses began convening online, and most bars, restaurants and other businesses shut their doors.

But Conte didn’t announce the closure of all non-essential businesses in the country until Saturday night, calling the coronavirus outbreak, in his speech, the worse crisis Italy has faced since World War II.