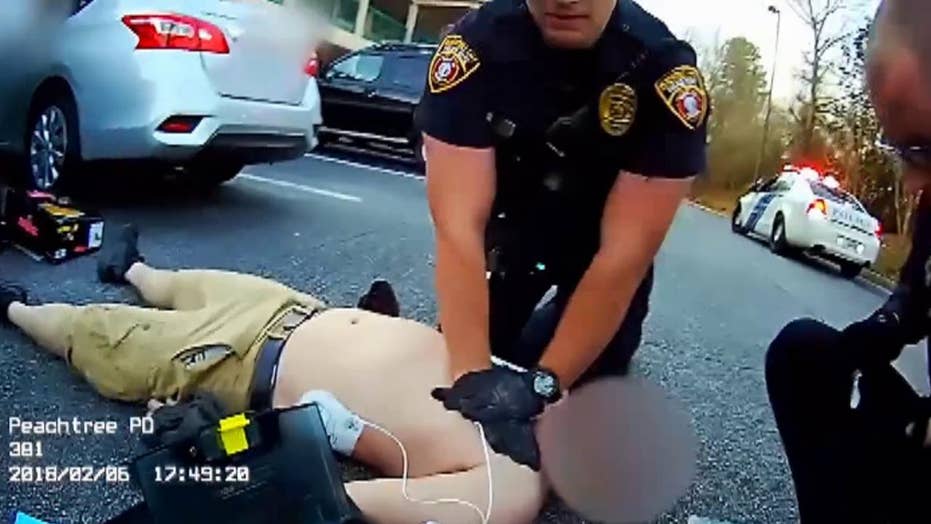 Police use NARCAN to reverse effects of opioid overdoses

Peachtree Police Department uses the drug in combination with other life saving measures.

Three police officers in an Atlanta suburb are being praised for their quick thinking after they saved a man who overdosed on opioids during a dramatic rescue last week captured on body cameras.

The Peachtree City Police Department said the incident happened on Feb. 6 at a Days Inn after it received a call that a man was in need of medical assistance. Officers initially started CPR on the man and prepared an automated external defibrillator, but then shifted gears once they realized they were dealing with a possible drug overdose.

“I think they did amazing. Their composure, their ability to stay focused,” Lt. Odilia Bergh of the Peachtree City Police Department told FOX5 Atlanta.

In a video posted to Facebook by the department, the officers can be seen giving the man chest compressions and preparing the AED before administering Narcan, a drug that can reverse the effects of an opioid overdose.

OXYCONTIN MAKER SAYS IT WILL NO LONGER MARKET OPIOID TO DOCTORS

“Initially, they weren’t sure," Bergh said. "The nice thing about Narcan is if you don’t need it, it’s not going to hurt you. The moment that they started asking investigatory questions, nothing made sense. So, the officers wanted to make sure they took all precautions."

After using Narcan and CPR, officers were able to save the man's life. Authorities were able to identify the location where the man bought the drugs and they made arrests, according to FOX5.

The department said its officers were able to pull off the rescue because they were trained and equipped to handle a drug-overdose emergency, as communities across the nation continue to battle the opioid epidemic.