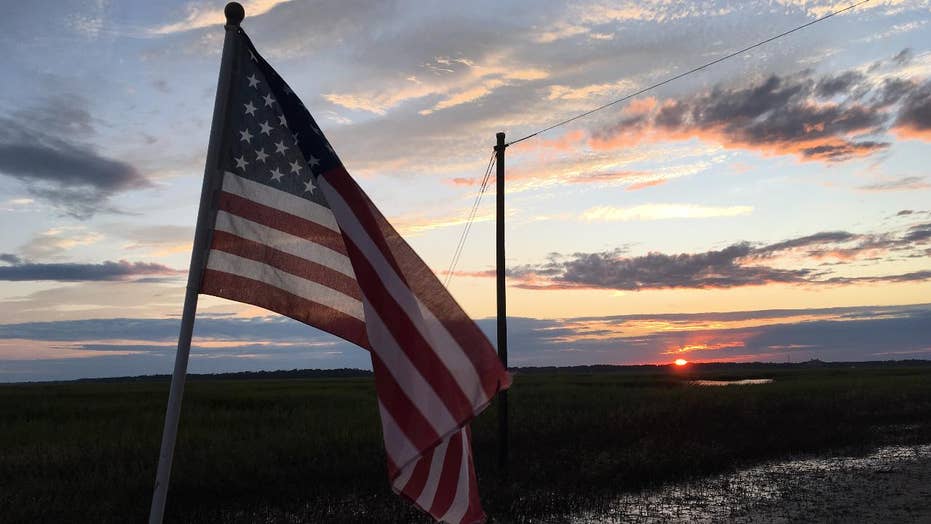 The American flag flies once again on Highway 80 in Savannah after Georgia police officers saved Old Glory during a patrol to evaluate damage caused by deadly Hurricane Irma.

Savannah officers Lt. Greg Ernst and Captain Ashley Brown were sent to evaluate damage around a nearby island after it had suffered extensive flood damage. As they were driving through waters on busy Highway 80, they spotted a piece of driftwood with something on the ground next to it.

“When we saw that flag on the ground, we knew it wasn't going to be on the ground any second longer than it had to,” Ernst told Fox News. “We just stopped the car and got out and rescued her.”

The flag had been flying on that stretch of highway since the 1980’s.

“This flag is a very familiar landmark going out to Tybee Island. It has been up for years...so everybody knows the flag,” Brown said.

After gently removing the flag from the ground the officers laid the flag out to dry.

"We were so busy and it was so much going on with the hurricane, it hadn't even crossed my mind about Patriots Day until I had got home, calmed down, decompressed," Brown said. “When I realized that it was actually September 11, I think that feeling of pride grew about what we had done. I called Ernie at the house and told him. We both agreed that it was a very special thing..."

He added: "One of our flags had been rescued on Patriots Day, and I think we both were very prideful of that.”

The officers say they had worked 12-hour shifts, before and after the storm, helping those around the community. They say it wasn’t the long hours they had to work that had overwhelmed them, but the support they received from residents who were dealing with flooding in their homes, no electricity or both.

"We would drive by and they would offer us coffee and whatever they could do," Brown said. “If getting this flag up for them...We know it’s going to be a very comforting thing, [and] it's just our way of saying 'Thank you' to them."