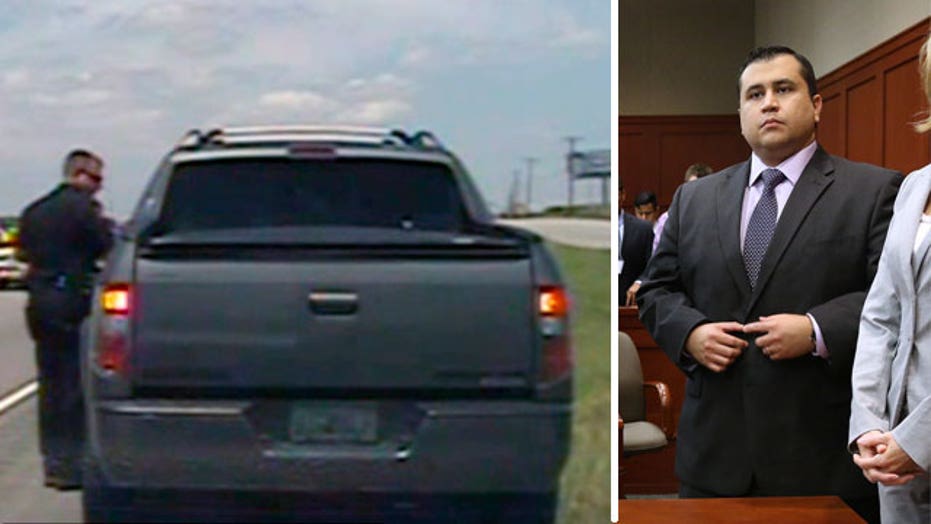 Recently-acquitted murder suspect George Zimmerman was pulled over for speeding in Texas and told the police officer he had a legal firearm in his glove compartment, but got off with a warning.

Fox News confirms the officer pulled Zimmerman over on July 28 in Forney, which is about 20 miles east of Dallas.

Zimmerman told the officer he had a legal firearm in his glove compartment at the beginning of the traffic stop. According to police dashcam video obtained by inforney.com, the officer asked Zimmerman where he was headed and if he had any outstanding warrants, to which Zimmerman replied "no."

The officer told Zimmerman to slow down, and he would give him a warning instead of a ticket after checking to make sure he had no warrants.

"Just take it easy, go ahead and shut your glove compartment and don’t play with your firearm, ok?” the officer said according to inforney.com.