The former president, who served as a pilot in the U.S. Navy during World War II, celebrated his major age milestones in sky-high style.

He commemorated his 75th, 80th, 85th and 90 birthdays by leaping out of flying planes, Business Insider reported.

His family transported him from his wheelchair to the chopper and sang "Happy Birthday" to him before it took off.

Bush jumped from a helicopter at about 6,000 feet harnessed to Sgt. 1st Class Mike Elliott, a retired member of the Golden Knights, the Army's parachute team. Elliott guided Bush to a gentle landing five years prior. 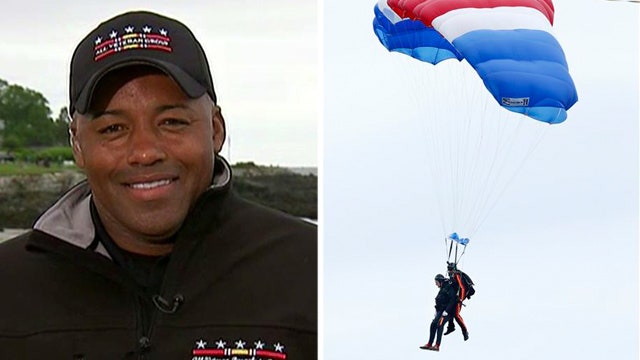 "That's what he wanted for his 90th birthday and that's what he got," Elliott said. "It's a very good feeling to be involved and be able to turn back time. He's probably feeling younger now than ever."

Bush touched down near his home in Kennebunkport, Maine, USA Today reported then.

"It's a wonderful day in Maine -- in fact, nice enough for a parachute jump," he tweeted then.

Witnesses said Bush was greeted with a kiss from his wife, Barbara, and a hug from his son, former President George W. Bush.

Spokesman Jim McGrath said the former president liked both a surprise and an adrenaline rush.

"It's vintage George Bush," McGrath said. "It's that passion for life. It's wanting to set a goal, wanting to achieve it. I'm sure part of it is sending a message to others that even in your retirement years you can still find challenges."

The elder Bush said his skydiving hobby had sent a message about what retirement did -- and didn't mean, Fox 11 Los Angeles reported.