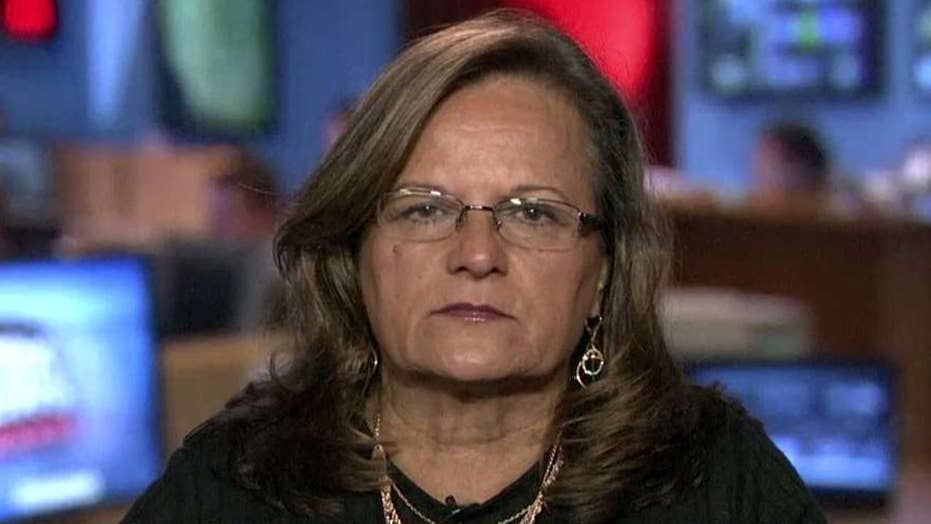 An angel mother is pushing back on California Gov. Gavin Newsom’s mission to spur investment in El Salvador as a way of mitigating the surge of migrants heading to the U.S.-Mexico border, telling Fox News on Tuesday that “he ought to be focusing on what is happening in our state.”

Agnes Gibboney, whose son Ronald da Silva was shot and killed in the Los Angeles-area in 2002 by an illegal immigrant, made the comment on "Fox & Friends" following the Democrat’s recent trip to the Central American country.

“Absolutely the wrong move. California has a lot of issues,” she said when asked about Newsom’s approach, lamenting the Golden State’s infrastructure, economic growth, schools, and tax system. “He ought to be focusing on what is happening in our state, not another country. It’s not his job to be doing that.”

Newsom is hoping that by attracting investment in El Salvador, its citizens will have less of a desire to flee there in hopes of coming to America, where federal officials are grappling with a surge in migrants at the U.S.-Mexico border.

“Helping stabilize El Salvador directly helps California by mitigating the border challenges, by mitigating migration, by tempering the rhetoric with the Trump administration,” the Los Angeles Times quoted him as saying. “It’s about finding a different angle in the debate.”

“I think the economic opportunities, the investment opportunities are real, and getting some California industry, business interests to take a look at El Salvador is something that we’re clearly going to pursue,” he also said.

But Gibboney believes California and Newsom should protect their own, not those living in El Salvador. She says her son’s killer, Luis Gonzalez – a reported gang member -- is set to walk free in February next year.

“I have no respect for the California government because they let me down. They protect criminal illegal aliens – they’re not protecting my family,” she told ‘Fox & Friends’. “Where was my son’s sanctuary? Where is my sanctuary? And to let everyone know, the individual that murdered my son will be released from prison in the state of California next year in February. This is an outrage. We need to protect our own – not criminals and not illegals that are costing taxpayers billions and billions of dollars a year.”