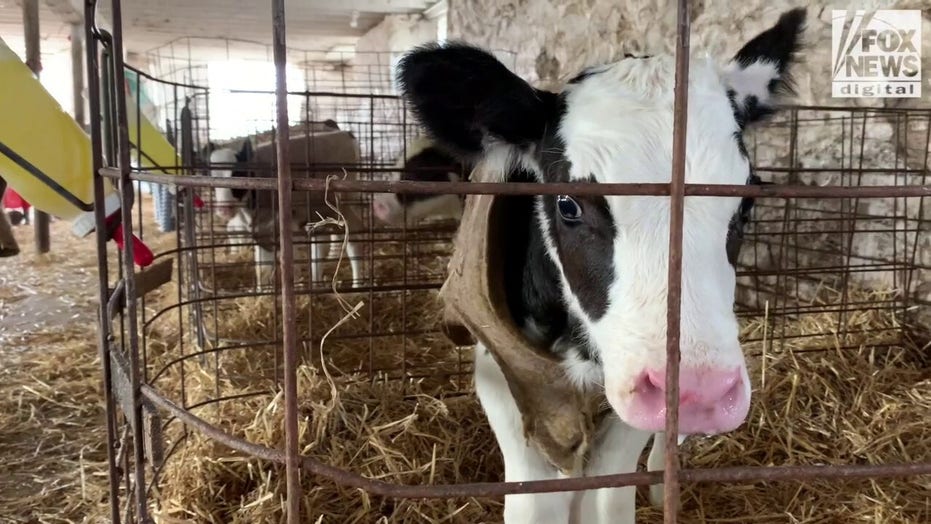 "It’s going to be a very expensive year for farmers," Chris Pollack, co-owner of Pollack Vu-Dairy, said "We are going to the field with very expensive tools in our toolbox."

IS A NATURAL GAS CRISIS COMING?

The cost of fertilizer alone has risen more than 300% in some areas, according to the American Farm Bureau.

Pollack's dairy farm typically spends around $70,000 on fertilizer per year, the farmer told Fox News. But he said that will likely more than double to around $145,000 this year.

"If we do not have an adequate supply distribution network and affordable fertilizer, it really does create some concern around long term yields," said Corey Rosenbusch, who heads the advocacy group The Fertilizer Institute.

The rise in price is due to a number of factors, including increased demand, supply chain disruptions, increase in energy costs, according to the American Farm Bureau. Even the war in Ukraine plays a role.

"Natural gas makes up anywhere from 70 to 90% of the production cost of nitrogen," a necessary component for most fertilizers that farmers use, Rosenbusch said.

Russia, which faces strict sanctions for its invasion in Ukraine, was the largest natural gas exporter in 2021, according to the Energy Information Administration. It and Belarus together export about 20% of the world's fertilizer.

Pollack pointed to one tractor and said it would "go through 800 to a thousand gallons of diesel in this year alone."

"We’re going to use it either way, but it just makes it that much more expensive to operate," the farmer, whose family has managed Pollack Vu-Dairy since 1901, added.

Diesel costs have risen to an average of $5.065 a gallon as of Thursday night, up nearly $2 from a year ago, according to AAA.

Farmers "would like to see a little bit more support," from the federal government on energy policy, Pollack told Fox News. "We’re all trying to be more green and be more progressive in that sense" but "we still have to make sure the economy is rolling."

While Pollack's farm primarily focuses on dairy, it also yields a variety of crops to help business through lows and highs in the market. Pollack hopes they will continue the family business for years to come, but he knows rising costs and supply shortages create a difficult path ahead for farmers.

Farmers worry that high demand and supply shortages on equipment and materials will prevent them from being able to get necessary equipment when they need it, Pollack said. If they can't, or if the costs are too high, crop yields could be limited.

"There is nothing worse than having a crop in the field and not being able to harvest it when it needs to be," Pollack said.

Rising costs are "going to be a long-term problem" for farmers, he told Fox News. "While some farms might do well, farms that struggle are going to struggle even more."

Pollack said that if costs keep rising and necessary materials don't become more attainable, it's going to change "how farming is run."