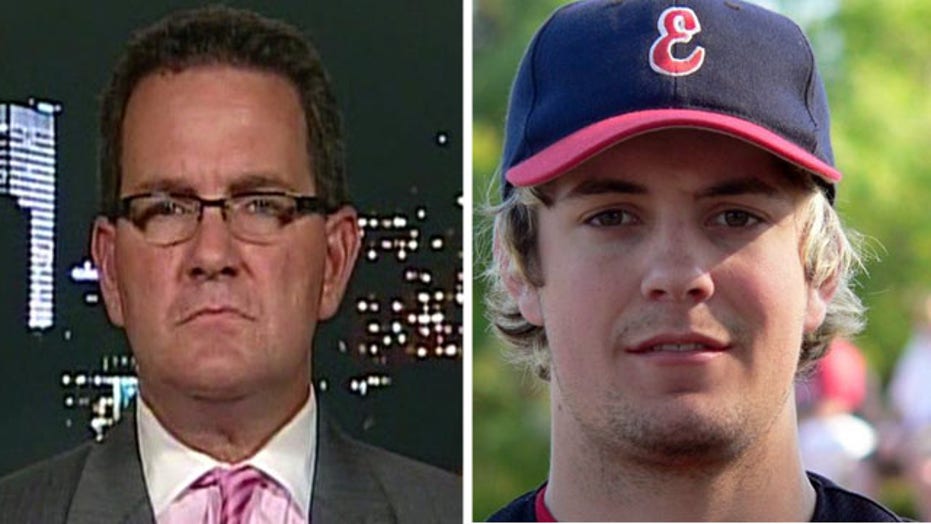 An online fundraising drive set up by a former teammate of murdered Australia native Chris Lane designed to help his parents bring their son back home and pay for funeral expenses has amassed more than $150,000 in donations from people around the world.

The random killing of Lane, a 22-year-old student at East Central University who was shot in the back and killed last week as he was jogging in an affluent neighborhood in Duncan, in south-central Oklahoma, has touched hearts in the U.S. and beyond.

Marshall Veal, a friend of "Laney's" who started the GoFundMe.com drive for his family, said he's received support from thousands of people around the world. He skipped work Wednesday to respond to their messages.

"The words people were saying, they were just amazing," Veal said. "I've been reached by tons of people and people who have been in tragedies as well and how they coped with it."

Veal posted a message late Thursday on behalf of Lane's family thanking the thousands of  people who contributed to the fund for their generosity.

"We have appreciated the support we have received from all around the world. We want people to know we don't believe what happened was a reflection of the people of Duncan or Oklahoma. Christopher was chasing his dreams and we believe everyone should do the same," the statement read.

East Central also set up a separate memorial fund to honor Lane; and a private memorial service was being planned for Saturday at Oklahoma Christian University in Edmond, where Lane's girlfriend is a student.

"He's someone you wanted to go out with on a Friday night and you want to be the godfather of your son one day, he's one of those kind of guys," said Brock Werdel, a former teammate of Lane's who is helping organize the service.

Werdel, who played baseball with Lane at Redlands Community College in El Reno, said he anticipates a few hundred people will attend Saturday's service. Those who knew Lane will be asked to jot down fond memories to share with his family in Australia.

"Chris had two lives. He had a relationship and life over here but he also had a life in Australia, so we wanted to do our best to give his parents an insight of what his life is like over here," Werdel said.

Lane gave up a potentially lucrative Australian football career to play baseball in the U.S. while earning a college degree. He first attended Redlands, then transferred to East Central University in Ada, where he started in 14 games as catcher last year.

East Central says it has established the Chris Lane Memorial Fund to honor Lane. The school said the funds will be used in line with the family's wishes, and with the school foundation's mission.

Lane was jogging in Duncan, a city of about 24,000, when he was shot once in the back. Prosecutors said three teens chose him at random.

Police have said Jones told authorities the boys were "bored" and decided to kill someone for the "fun of it."

The Daily Caller's report noted that 'woods' is used as a derogatory term for white people.

Prosecutor Jason Hicks said he is aware of social media accounts believed to belong to the boys and authorities are investigating.