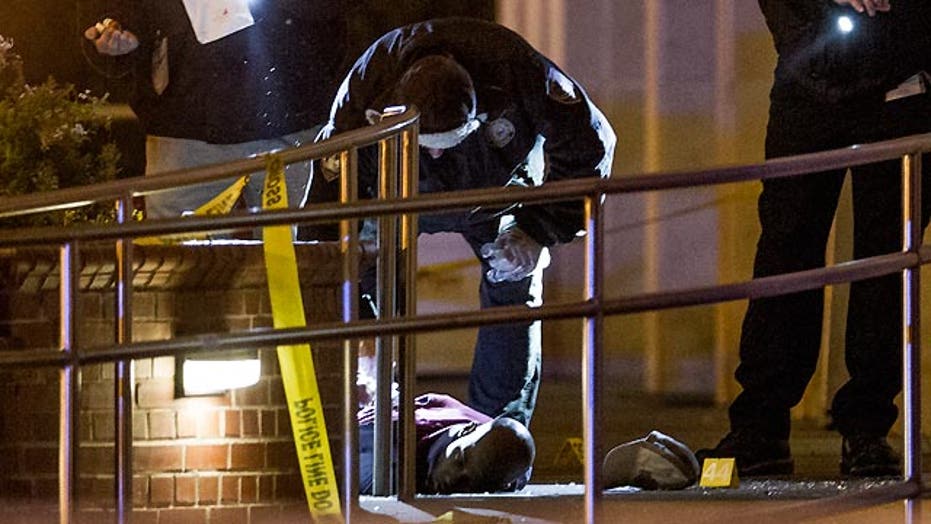 EXCLUSIVE: The ex-roommate of the lawyer who allegedly shot three people on the campus of Florida State University before police killed him, said he sent her a cryptic Facebook message a day before the rampage, telling her to expect something in the mail.

"I have no idea what it could be," the woman, who identified herself as a former Texas Tech roommate of Myron May, told FoxNews.com.

The woman, who asked that her name be withheld, said she had been in regular contact with May, who three weeks ago moved from Texas to Wewahitchka, Fla., a small Panhandle town. She described May as deeply religious and a precocious person who was an outstanding student.

She was unaware of any recent breakups and said he had no problem holding a job after his 2009 graduation. But she said May lost several relatives this past summer.

"They were elderly or sick for a while," she said. "Any death in a family is difficult, but he seemed like he was able to cope with it."

On August 2, May posted on Facebook, "Uncle Cornelius, Aunt Gracie, Aunt Stella, and now Aunt Ada…my goodness Father. When it rains, it pours. Please slow down taking away my loved ones."

FoxNews.com called Texas Tech to confirm the roommate's identity, but the school said most law students live off campus. The school did not confirm if May was ever enrolled.

Authorities named May, who was licensed to practice law in Texas and New Mexico, as the shooter who opened fire at about 12:30 a.m. Thursday inside FSU’s Strozier Library, injuring three.

All three victims were located around the library. As of late Thursday morning, Tallahassee Memorial HealthCare said the condition of those injured has not changed. One student is in critical condition, another is stable and one was treated at the scene and released.

Police did not say if those wounded were shot by the gunman.

David Taunton runs the Florida foster home where May was staying until last Friday. He told FoxNews.com that May asked if he could stay at a guest house. Taunton knew May through his sons, who ran track with May in high school and agreed to let him stay in one cottage for the past three weeks.

"He was as good a kid as it gets," he said. “He was studying for the bar exam and helping with research."

May seemed like himself until he disappeared Friday night after dinner with his grandmother, Taunton said. Taunton sent May an email to check on him, and said May responded, "I'm so sorry" referring to not checking in. "I'm all right."

May confided something with Taunton that "raised worry." But Taunton would not go into details of their last conversation. Police interviewed Taunton after the shooting, The Associated Press reported.

The scene at the library was chaotic at about 12:30 a.m., when police say May walked into the Tallahassee building and opened fire. There were reports of several gunshots heard in a row.

"This person just for whatever reason produced a handgun and then began shooting students in the library," FSU Police Chief David Perry said.

In a press conference Thursday morning, police assured that the shooting was an isolated incident and there is no further threat on campus. University officials said campus will remain open Thursday, but all classes are canceled.

Florida State President John Thrasher, who took office earlier this month, said in a statement Thursday the community is saddened by the events.

"The three students who have been injured are our highest priority, followed by the needs of our greater university community. We will do everything possible to assist with their recovery."