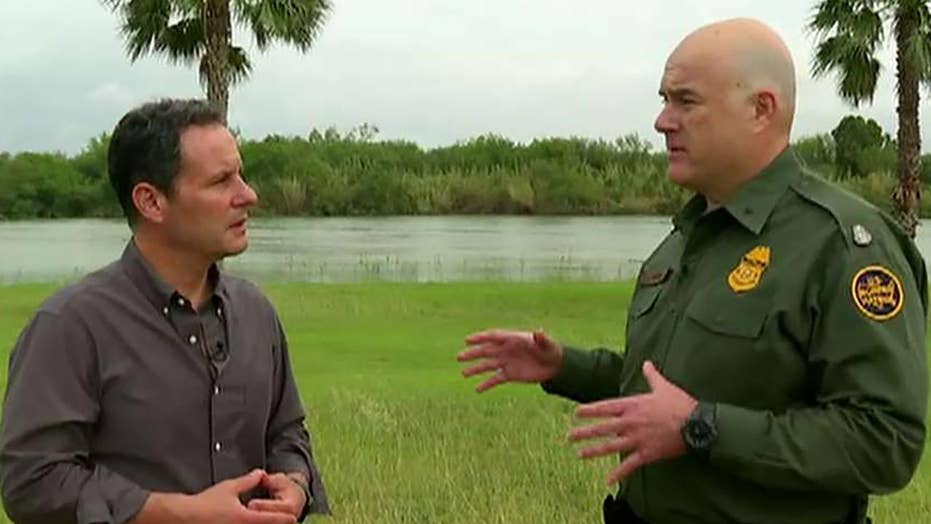 A firsthand look at 'ground zero' of the southern border crisis

Migrants who cross the U.S.-Mexico border are being spotted on a daily basis casually walking down a dirt road in an area immigration officials call “ground zero” for illegal entries.

John Morris, the acting deputy chief of the Border Patrol’s Rio Grande sector, took ‘Fox & Friends’ co-host Brian Kilmeade on a recent tour of a location dubbed “Rincon Village,” where he says migrants from more than 55 countries have been stopped after crossing.

“My image is, it’s brush and people are sneaking through on hands and knees,” Kilmeade remarked. “Instead, this is a road. This is a system.”

Morris described the area – near McAllen, Texas – as “ground zero on the entire U.S. southwest border.”

Migrants are seen walking down a road at a portion of the U.S.-Mexico border one top official is calling "ground zero" for illegal crossings. (Fox News)

MIGRANT CHILD DIES IN U.S. CUSTODY, THE FOURTH SINCE DECEMBER

“We have a caravan come through here every five days and have for two years,” he told Kilmeade.

One woman caught while Fox News was touring the area said to Morris that it took her 15 days for her and her 3-year-old son to make the journey to America from Honduras.

“She says she heard on television ‘bring your child and you’ll get papers and you will get to walk’,” Morris told Kilmeade. “She just says she knows she… will get on a plane and get to New York.”

“Is she right?” Kilmeade asked.

“Yes, she is right, she’s going to end up there somehow,” Morris responded.

At another point in the tour, Morris said “what you see is what should be a parking area for the McAllen Border Patrol Station.

“But instead you see multiple military tents” for housing migrants, he noted.

Morris says the station is currently holding more than 8,000 people who have been caught while crossing the border. It should only, Kilmeade said, be handling around 350.