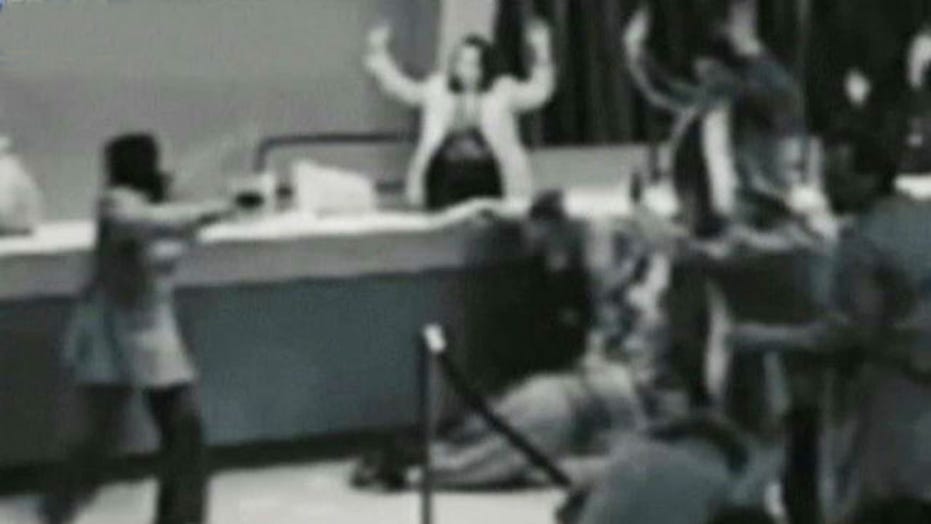 From perp to professor? Former radical teaching at Columbia

A former Weather Underground radical who spent 22 years in prison for an armored-car robbery that killed two cops and a Brinks guard now reportedly holds a prestigious adjunct professorship at Columbia University’s School of Social Work.

The New York Post reports that Kathy Boudin’s return to respectability after her 2003 parole occurs a week before the release of Robert Redford’s “The Company You Keep,” a movie loosely based on the $1.6 million heist.

Boudin, 69, acted as a getaway driver in the heist and her status as perp-turned-prof outraged the widow of one of her victims, Brinks guard and father of three Peter Paige, who was killed in New York’s Rockland County by her accomplices from the Black Liberation Army on Oct. 20, 1981.

Of the hundreds of students Boudin has taught since her hiring in 2008, just three have express concerns regarding her criminal background and only one “switched out” of a class due to that reservation, Columbia School of Social Work Associate Dean Marianne Yoshioka said.

Boudin, who teaches about issues facing convicts and relatives when a person is released from prison, did not respond to a request for comment.

John Hanchar — the nephew of another victim of the robbery, Nyack Police Officer Edward O’Grady — said that while Boudin “has a right to do whatever she wants . . . I just hope the people that she’s lecturing are smart enough to question why [she felt] like killing people is an acceptable choice to forward their goals.”

Hanchar continued: “It’s easy to forget that violence is never the answer. Nine children grew up without their dads because of her actions.”

Yoshioka, meanwhile, said Boudin has been an “excellent teacher who gets incredible evaluations” from students each year.