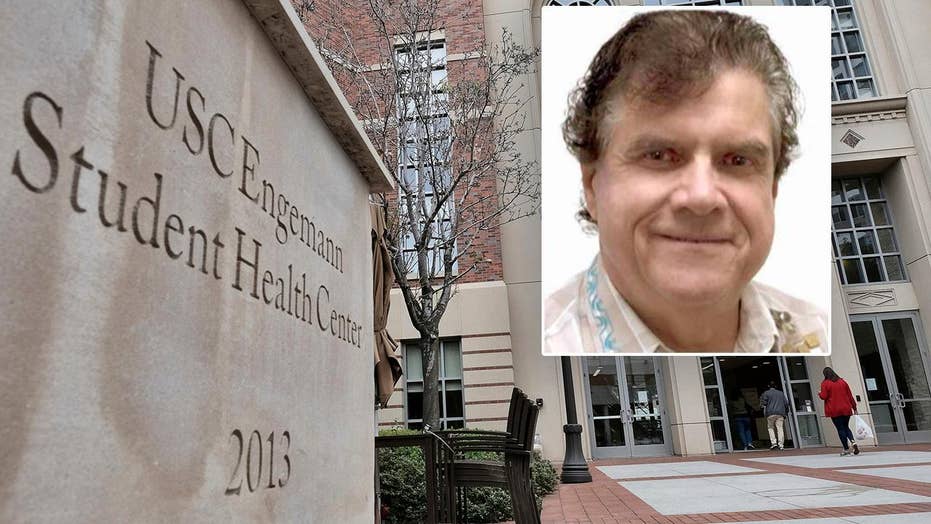 Charges against Dr. George Tyndall date back to 2009 and involve allegations made by nearly 400 women; William La Jeunesse reports from Los Angeles.

A former University of Southern California gynecologist was arrested Thursday and charged with sexually assaulting 16 young women between the ages of 17 and 29 years old who visited the school's health center for medical exams between 2009 and 2016, according to the Los Angeles Police Department.

Hundreds of women accused Dr. George Tyndall of sexual abuse ranging from unnecessary touching and photographing of genitalia to making suggestive, racist or inappropriate sexual comments during visits to his office. The women also alleged that school officials did not adequately address and report the incidents, which became public to the school community and the public only after The Los Angeles Times reported on the incidents last year.

Tyndall was charged with 29  counts of sexual penetration and sexual battery by fraud and could face up to 53 years in prison if convicted.

Despite an internal review by the university in 2016, prompted by decades of complaints dating back to 1990 by chaperones or medical assistants who worked with Tyndall and were present during his examinations -- a review that concluded that Tyndall's pelvic exams may have been inappropriate -- the doctor retired and was paid out by USC in 2017.

The university also did not immediately report their investigative findings on Tyndall to the Medical Board of California.

The university’s president at the time, C.L. Max Nikias, was forced to resign after Tyndall's behavior and the school's handling of the complaints came to light.

Some of the accusers reached a settlement in a $215 million class-action lawsuit with USC, although other separate lawsuits are still pending.