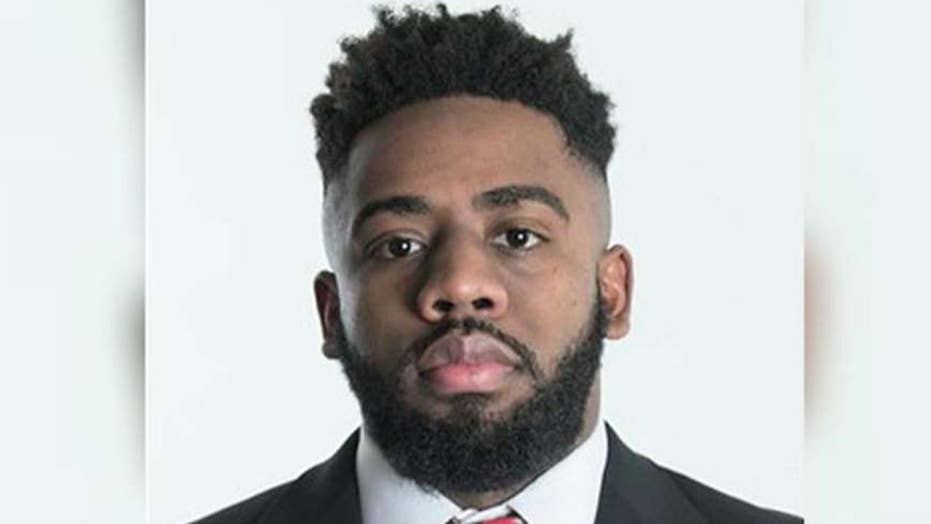 Former Rutgers University linebacker Izaia Bullock has admitted to a plot that involved using tools to attempt a double murder, authorities said, according to reports.

Bullock, 22, of South River, N.J., was struggling with a break-up, and members of his former girlfriend's family were to be his alleged victims, the station reported.

He found their address and asked a friend to serve as his getaway driver or lookout, police said, according to WPIX.

Bullock also confided in his friend, who audio-recorded the conversation and called police, the New York Post reported.

The witness turned over the information on the alleged murder plot to the Rutgers University police, MyCentralJersey.com reported, citing documents. He also "confirmed his plan" during an interview with the university's detectives, the report said.

The allegedly targeted people were not affiliated with the university and were not harmed, officials said.

A university representative said Bullock, a junior linebacker for the Big Ten program, has been dismissed from the team and the university is initiating disciplinary proceedings.

"We are deeply saddened by the situation involving Izaia but thankful that no one was hurt," Rutgers coach Chris Ash said Wednesday in a statement obtained by MyCentralJersey.com.