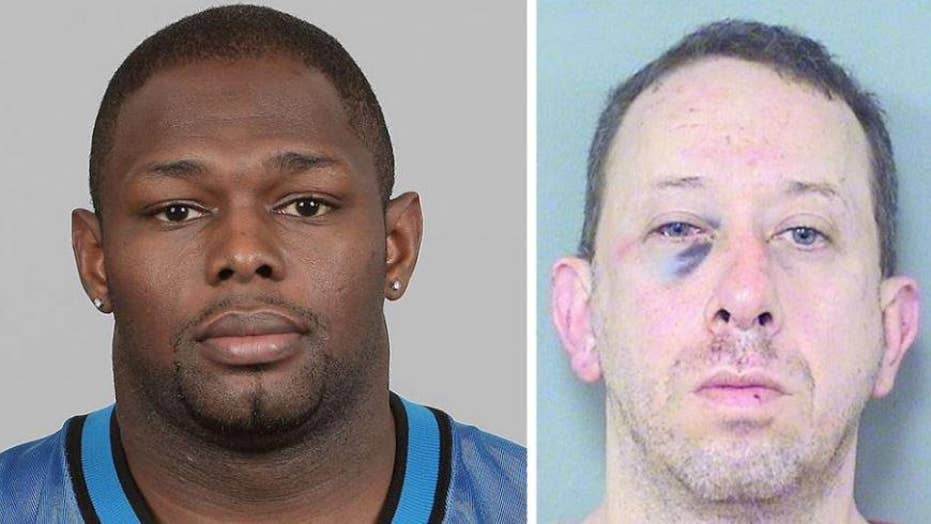 Beckham -- who played for the Tennessee Titans and the Detroit Lions during his NFL career -- made the alleged discovery Monday morning after he thought he noticed something by his Florida residence, he told WPBF.

"I waited for a second and I looked again," Beckham told the outlet. "And I see a white male and he’s standing by my window and he’s trying to get a better position."

“I caught him at the apartment over there and we just had a good conversation,” he told the outlet.

The suspect reportedly had broken bones in his face after the run-in with Beckham.

Beckham’s wife reportedly notified authorities after discovering her husband with the suspect.

The suspect, Geoffrey Cassidy, was taken into custody, WPBF reported.

A probable cause affidavit from the Palm Beach County Sheriff’s Office, obtained by HuffPost, offered information on Cassidy’s apprehension, however, the complainant’s identity was redacted.

Beckham reportedly informed authorities that he ran after and tackled Cassidy. The pair were still fighting when authorities got to the scene, HuffPost reported, citing police.

Online records for the Palm Beach County Sheriff’s Office showed that Cassidy was being held on a $1,500 bond and was charged with lewd and lascivious behavior.