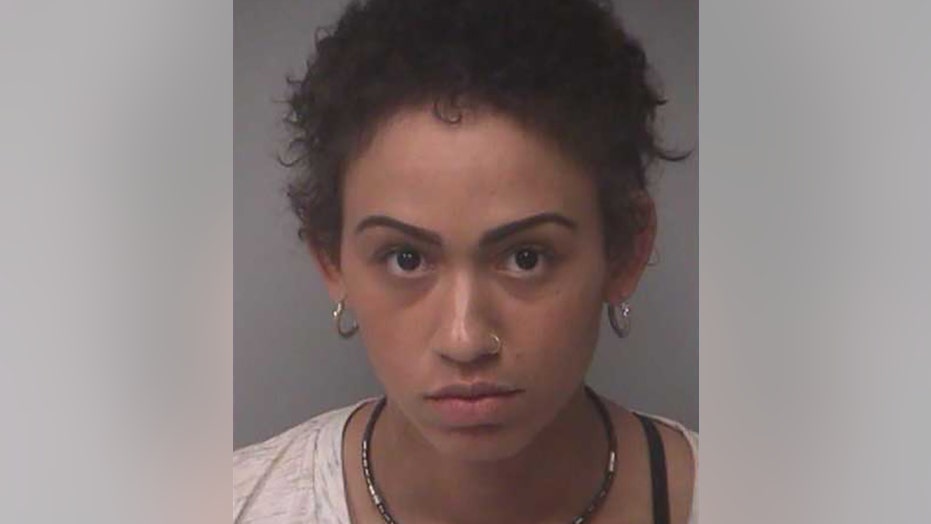 A Florida mother is accused of throwing her baby against a wooden fence in a fit of rage because the child wouldn’t stand up, police said.

Natalee Sesler, 25, of New Port Richey, is also accused of throwing a metal rake at her 10-month-old child, police said. She was charged with child abuse, child neglect, aggravated assault, resisting a police officer without violence and violating probation, according to WTSP-TV.

Natalee Sesler, 25, was arrested after allegedly throwing her baby against a fence. (Pinellas County Jail)

Sesler was visiting a man in the area when she allegedly threw the child into the fence. She had tossed the rake at the child as well but missed, according to the station. She then reportedly picked up the baby by the leg and threw him into a chair.

Shannon Wixon was outside with her daughter when they saw the incident.

“They came running into the house and they told me, 'There's a lady over here that just threw her baby against the wall,’” Wixon told FOX 13 News.

“I came out and looked behind the fence of apartment one, and that's when I'd seen the lady sitting there and her child was laying over a lawn chair, hanging upside down pretty much, screaming, crying,” Wixon said. “She was just sitting there not doing anything.”

Wixon added that Sesler shook the baby once more and “took off walking.”

Sesler was arrested attempting to board a nearby bus before she was arrested, according to FOX 13 News.

The baby suffered a small bruise and swelling near one eye and was taken to the hospital for tests before being turned over to other family members, according to police.

Police said drugs may have played a role in the incident.