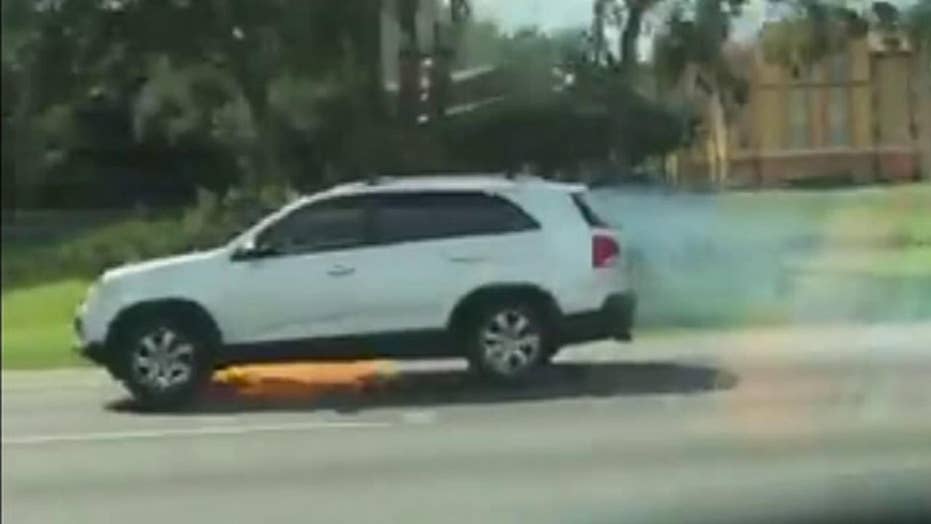 Florida woman alerts driver that SUV is on fire

Raw video: Meridith Olinger frantically tries to get the attention of the driver of a Kia whose SUV is on fire on an Orlando interstate.

A motorist in Florida is alive after another driver frantically warned her to pull over after her SUV burst into flames on Friday.

Meridith Olinger was driving on Interstate 4 in Orlando when she noticed the bottom of a nearby SUV was on fire.

“I mean, I felt like I helped someone who really needed help that day,” Olinger told WESH-TV.

The driver of the SUV, Susan King, said she got out of the vehicle right before it was completely engulfed in flames and totaled in minutes.

“I’m incredibly grateful. She was my angel that day. It was surreal,” King told WESH.

King said the vehicle belonged to her best friend, Tyla Kennedy, who told the television station she later found out it was under a safety recall involving an engine defect.

Kennedy told WESH that Kia customer service said it had no valid address to send a recall notice, and that there would be no compensation until she can prove it was the recall that caused the engine to catch fire.

All three women involved said they were glad at least that no one was seriously hurt in the incident.