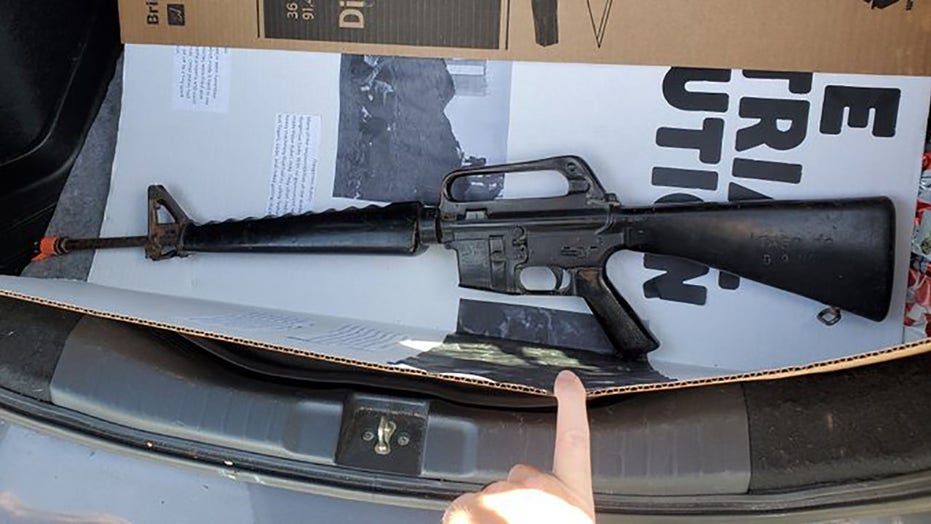 A Florida teacher who brought a fake rifle to a high school was placed on leave Wednesday after deputies responded to concerns the firearm was real, officials said.

A New Smyrna Beach High School student spotted the model firearm, thinking it was real, the Volusia County Sheriff's Office posted on Twitter. The sheriff’s office investigated but emphasized that it was not a working firearm and the teacher had brought it in to show students.

“However, as you can imagine, it caused some concern when it was seen by someone who didn't know it wasn't real,” the sheriff’s office said.

A school resource officer confiscated the rifle, which the teacher had been carrying in a bag when the student saw it, the school said in a message to parents obtained by FOX35 Orlando. The fake rifle previously was used by the teacher as a prop for a student club about military careers, the message said.

The teacher was removed from the classroom and placed on paid leave pending the outcome of the investigation, Volusia schools confirmed.

“We'd just like to remind everyone that it's not a good idea to bring this type of item onto any school campus,” the sheriff’s office said.