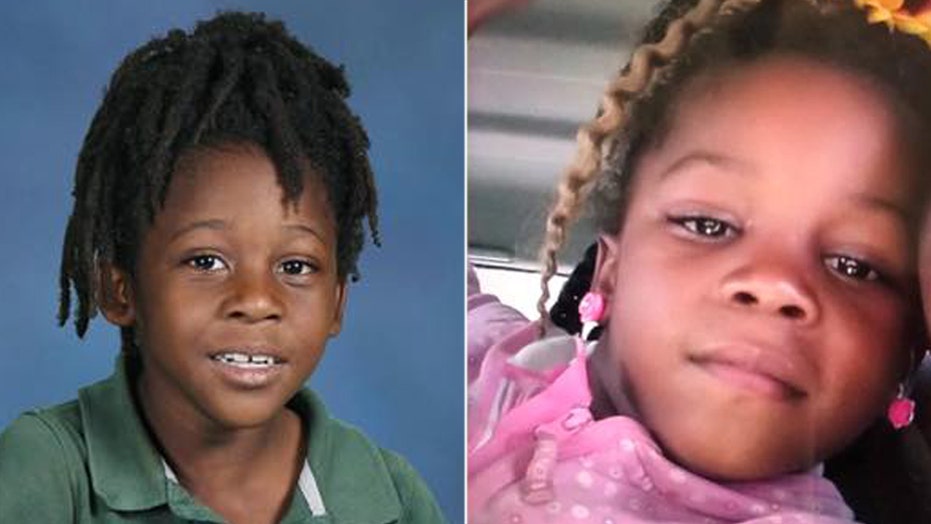 "It was the best outcome that we hoped for," Williams said.

Braxton Williams, 6, and his 5-year-old sister Bri'ya were reportedly found near their Florida home after being reported missing over the weekend.  (Jacksonville Sheriff's Office)

He said the children were unharmed, talkative and craving a cheese pizza, which responders paid for. They were taken to a hospital for medical evaluation.

Williams said investigators believe the pair wandered off into the woods Sunday morning near the Paradise Village mobile home park where they live and got lost.

"That was the best-case scenario for us and it was the one that we put the most time and effort into," he told reporters.

The siblings made their way to a dilapidated pump house in the woods for shelter, Willaims said. He said they were found when a rescue team member heard a child's voice, prompting search crews to converge on the area.

Roxanne Lloyd, the children's grandmother, told local media in the midst of the two-day search effort that the pair had never wandered off before.

“My son told me that they was fixing to get ready to have a barbecue and the kids was right outside the door, which is probably only steps away from the kitchen," she said. "You know, he could look out the kitchen window and see the kids, and he said that he went in the house briefly to get the meat, and when he came back out, they was gone just that quick.”

"Overjoyed to hear that Braxton & Bri’ya have been found & are safe. This is a Christmas miracle," Curry tweeted. "I’m thankful for the tireless efforts of first responders & compassionate members of our city. My prayers continue for this family & I’m so grateful for this positive outcome."

"It's a Christmas miracle and it's a blessing," a sheriff's investigator told First Coast News. "A lot of hard work had been done and thank God for it."