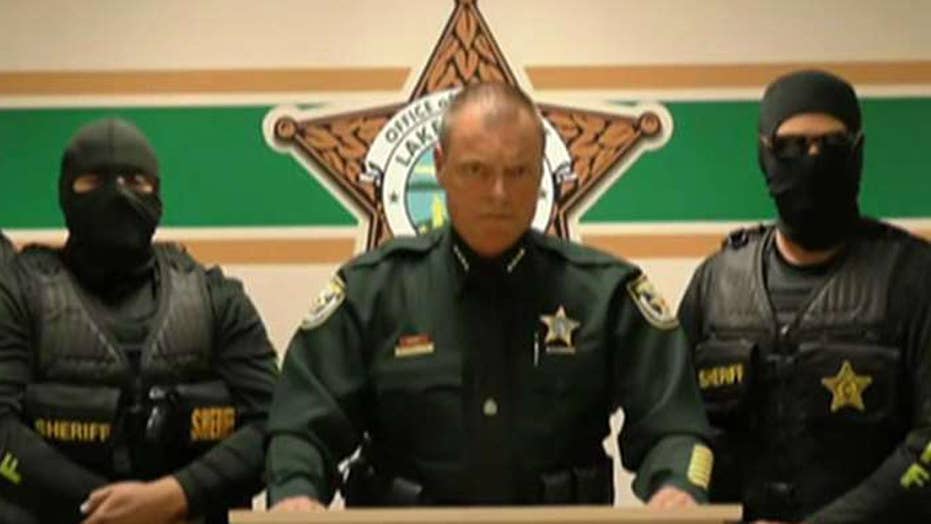 Lake County Sheriff Peyton Grinnell is keeping his promise to drug dealers: He’s coming for them.

Undercover deputies spurred the pair of busts. On Tuesday, officers seized heroin and methamphetamine, arresting five people in the process, and, on Thursday, deputies arrested a man a block away from an elementary school on drug, money and gun charges.

The arrests came only days after Grinnell issued a steely warning -- backed by undercover officers with their faces hidden by masks -- to drug dealers. The video quickly went viral, being viewed more than a million times.

In the video, Grinnell said his undercover team had already bought heroin from several dealers and officials were only waiting for arrest warrants to be finalized.