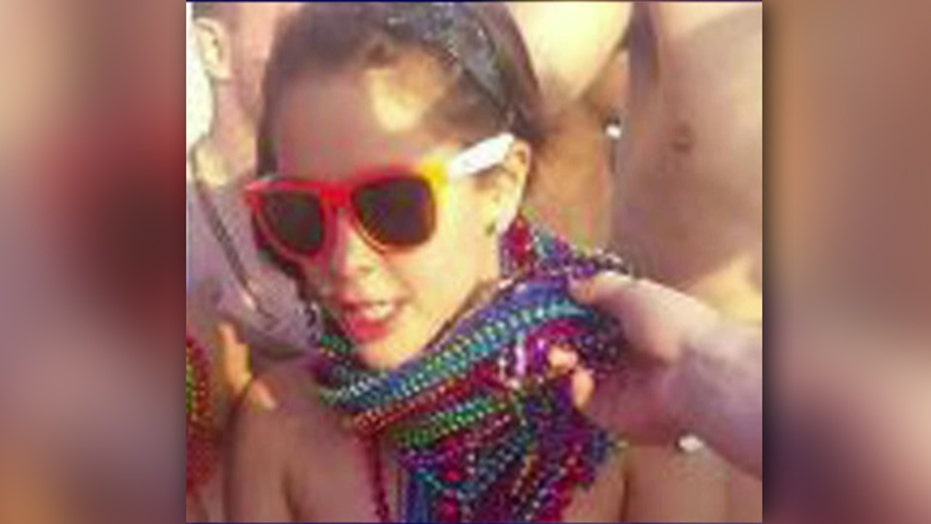 Police fear mystery spring breaker may be in danger

Female seen in photos posted to social media with nothing but bead necklaces around her neck, surrounded by a group of shirtless men

Florida police identified a female Spring Break visitor who appeared in a photo on social media with nothing but beads around her neck and surrounded by a group of men.

The Bay County Sheriff’s Office said the female became aware she was being sought and contacted authorities Friday.

The female told investigators she lives in the southern part of the U.S. and visited Panama City for Spring Break, although she did not attend college.

The girl told police she is 17 and her behavior and interaction in the crowd was consensual and did not realize someone was taking her picture, the statement said.

Police were trying to identify the identity of the girl Thursday when they believed she may have been in danger. Bay County Sheriff’s Office spokeswoman Ruth Corley said police wanted to know that she is safe.

"She's not in any trouble," Corley told FoxNews.com. "We just want to make sure she's not being victimized."

"She could possibly be an adult woman who is very tiny but she just looks so underage," she said.

Authorities were alerted after the photos were posted on Twitter March 11 under the hashtag #pcb2k15, according to Corley. The photos, which have since been taken down, show a completely naked female dancing promiscuously near the Gulf of Mexico.

In one photo, the female in question is bending over at the water's edge, according to Corley. In another, a crowd of shirtless men are seen pulling at the beaded necklaces around her neck.