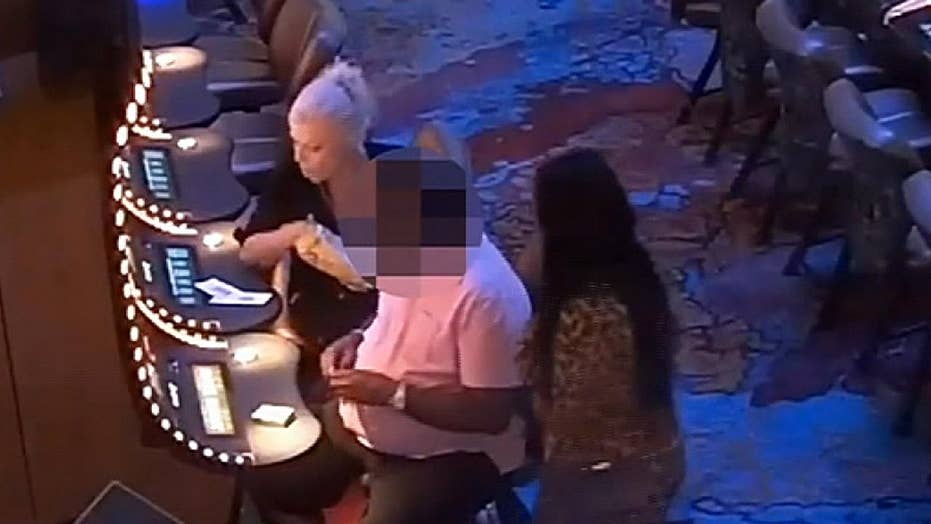 Police in Florida were on the hunt Friday for two women suspected of drugging a tourist at a casino and then robbing him of a $15,000 Rolex watch and $1,000 in cash.

The Broward Sheriff’s Office released surveillance footage this week hoping the public can help identify the “sweet-talking duo” involved in the incident at the Hard Rock Casino in Hollywood on Sept. 13. Investigators say the pair first approached the victim while he was playing poker at around 2 a.m.

“While at the slot machines the security video shows the blonde-haired suspect pouring a substance into the victim’s drink and then handing it to him,” police said in a statement. “Immediately after taking it, he said he felt drugged and had difficulty moving.”

The victim and the two women then left the casino after one of them helped him get a cab, the Broward Sheriff’s Office says.

They all were taken to the Sleep Inn & Suites in Dania Beach – and the victim told investigators that he lost consciousness after entering a room there.

“When he woke up in the morning he discovered $1,000 and a gold and silver Rolex worth approximately $15,000 were missing,” police said.

One woman is described as having blonde hair with a tattoo on her upper chest, who was last seen wearing a black blouse and pants. The other suspect, police say, was wearing a leopard jumpsuit.