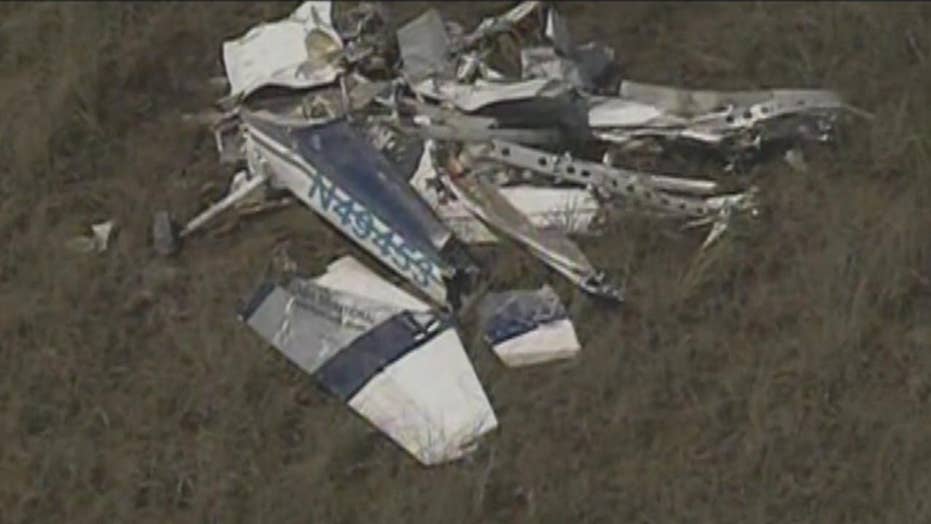 The pilot of the small airplane that crashed in the Florida Everglades Wednesday night may have stolen the aircraft to go on the solo flight.

The wreckage of the Cessna 152 was discovered in gator-infested waters near the Everglades about 9:30 p.m., WPLG reported. An alligator was seen next to the body of the pilot, believed to be Mark Ukaere, just a few feet away from the aircraft.

Ukaere was a licensed pilot who was taking lessons to obtain an advanced certification, roommates told WSVN. He was last seen Saturday night leaving Miami Executive Airport. His roommates feared Ukaere was the pilot killed in the crash when he didn't come to church the next day.

Robert Dean, the owner of Dean International Flight Training & Aircraft Rentals, told WPLG that the student pilot took off on an unauthorized solo flight that night. The flight school owner added that Ukaere was licensed to fly the aircraft, but violated company policy.

He said he tried searching for the pilot, calling places that he might have flown and people he had been with before going to the FBI Wednesday morning.

"Every time anybody flies in the evening, they must fly with another pilot," Dean told the news station.

Dean believes the pilot suffered from spatial disorientation while flying in the dark.

"It's completely pitch dark there. You really don't know if you are right-side up or upside down," Dean said. "The plane just spirals down and crashes straight in."

The FAA and NTSB is still determining the cause of the crash.